Direct From Gdynia to Austin 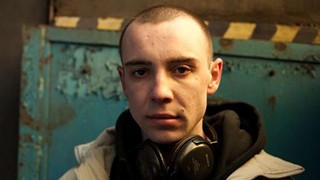 Get ready for the eighth annual Austin Polish Film Festival. This time around, in addition to films by seasoned filmmakers, APFF will spotlight – and open the festival – with the short films of two emerging young directors, Julia Kolberger and Kuba Gry ewski. Kolberger, who's been called "Woody Allen in a skirt," wades into the emotion-charged terrain of family relationships in her two shorts; Gry ewski's films deal with matters of the heart. Both young directors are beneficiaries of Poland's full-court commitment to all aspects of the filmmaking industry – from education to production.

Festival co-chair Mary Gawron, who culled APFF's films from those she saw in Poland this summer at the Gdynia Film Festival, observed that after a period of film production dominated by gangster movies and historical dramas, this year's films at Gdynia reflected a diversity of styles and subjects. "In fact," she said, "with the influx of new (and female) directors, some previously taboo topics (being gay and/or being gay and being a priest) are being explored in a remarkable way that stimulates dialogue rather than prejudice."

Among the additional highlights of the upcoming APFF is the biopic You Are God, a film about a short-lived hip-hop group in Poland, directed by Leszek Dawid. Another film that – like Dawid's, takes place during Poland's rife-with-corruption transition from communism to capitalism – is The Closed Circuit, directed by Ryszard Bugajski. Based on actual events, the film is a conspiracy thriller involving state corruption. "The degree to which this [problem] still hits a nerve is evidenced by the fact that Bugajski had to fund his film privately; this was the first film to be financed without government funding," says Gawron.

Also not to be missed is the traditional Polish Poster Exhibit, this year featuring the work of university art students from Szczecin, Poland.

The Austin Polish Film Festival runs Nov. 1-3 at the Marchesa Hall & Theatre (6226 Middle Fiskville). Visit www.austinpolishfilm.com for complete details on both the festival and the poster exhibit (Nov. 1-15, noon-5pm).