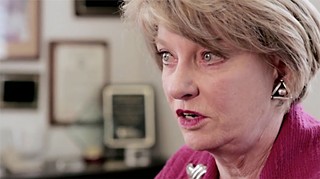 
The territory of Christopher Englese's Political Bodies – a well-orchestrated political full-court press by Virginia state lawmakers to curtail women's reproductive rights – is well-known to Texas women, who have endured the same sort of unrelenting march backward in time that advocates in that state have struggled with of late. Indeed, the cast of characters in this well-structured tale about the battle there in 2012 to mandate ultrasound before abortion (we did that here in 2011), grant personhood rights to fertilized eggs (to date unsuccessful here, though proposed plenty of times), and to require abortion clinics to be regulated and constructed as hospitals (our version of this passed just this summer and is now the subject of court review) is eerily similar to our own homegrown crusaders against and advocates for reproductive equity. There's the powerful woman at the top of the well-funded and politically powerful pro-life group, the middle-aged white male representatives applauding themselves for "protecting" women, and abortion providers struggling with the fact that their futures depend on politics, to name just a few. The film's plotting intensifies as the stakes do, bringing viewers into the middle of fights both won and lost. And as it is in Texas, the story of choice in Virginia, and thus in the film, has no real ending, but rather a clear understanding that there is much more yet to come. – Jordan Smith

As the title implies, the central figure of Ted Roach's engaging 120 Days has a short amount of time to make a very important decision. After more than a decade in the United States, Mexican-born undocumented immigrant Miguel Cortes is pulled over during a routine traffic stop. Cortes is arrested and told he has four months to exit the country of his own volition or face imprisonment. The choice of whether to uproot his family from the life they've built in North Carolina, return to Mexico alone, or escape into the night (effectively turning his family into fugitives) makes up the core of the film. As the weeks press on, the family maintains a facade of normalcy – they go to work, pray at church, and teach traditional Mexican dance classes for elementary school children. All the while, the fuse of Miguel's time in America slowly burns to its inevitable, heartbreaking end. This sense of looming dread gradually transforms into lump-in-your-throat tragedy as the calendar counts down to doomsday. When the movie periodically inserts a clip of a cable news talking head warning about the dangers of illegal immigration, the partisan rancor seems woefully out of touch with the lives of the Cortes family. The insertion of national politics into this otherwise human-scale film is just as jarring an imposition as the effect of those politics on the lives of people like Miguel Cortes.
– Aaron Sankin

Since Canadian Maureen Judge is best-known for the vérité trilogy Unveiled: The Mother Daughter Relationship, an exploration of love, betrayal, and acceptance in parent/adult child relationships, it makes sense, then, that at base this is more of a study in survival and dysfunction than a drop-in to the world of doll collecting. Despite Aaron Davis' reassuringly twinkle-toed music, we understand that all is not gingham and light in the lives of these diverse subjects, relevant to one another by a fetish for doll collection, as well as an inner void they must tirelessly fill. All of which is not to say, however, that this isn't the tiptoe through the tulips that we expected. In fact, the very raison d'être of Living Dolls, has to be Michael Sullivan, who has thrived in his Collyer Brothers-like existence making robot dolls since 1969. A charming leprechaun's demeanor belies a brilliance formerly put to work as a known Sixties-era photographer, early animator, and prop artist, whose work is represented in the Smithsonian. Then one almost begins to feel for Mike, a 32-year-old Barbie collector who has taken over his mother's bedroom as she works to support him, showing us his 1985 Peaches 'n Cream Barbie, who though ageless, does seem somewhat in repose in her original plastic packaging. But approach this film with an open mind, and find that Judge's portraits are all loving comments on how we keep ourselves glued together. – Anne Harris 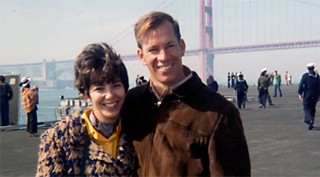 While you may not know the name Mary Baratta-Lorton, if you sat through elementary school any time since the mid-Eighties, there's a good chance the unassuming San Francisco Bay Area schoolteacher played an instrumental role in the way you learned math. With her books Workjobs and Mathematics Their Way, Baratta-Lorton forged the ideas of education trailblazers like Swiss developmental psychologist Jean Piaget and "New Math" pioneer Robert Davis into a hands-on system for teaching mathematics – replacing staid curriculums based on rote memorization. If Take Away One, a documentary about Baratta-Lorton directed by her nephew William Lorton, ended with her efforts to influence the American educational system, it wouldn't garner much interest outside of education conferences. However, by delving into the mysterious circumstances of his aunt's grisly murder and oft-tumultuous personal life, Lorton has crafted an intriguing picture of a driven, complicated woman. Take Away One is as much the chronicle of the triumphs and tribulations of a pack of idealistic education reformers as it is the act of a family cleaning out its closet. – Aaron Sankin