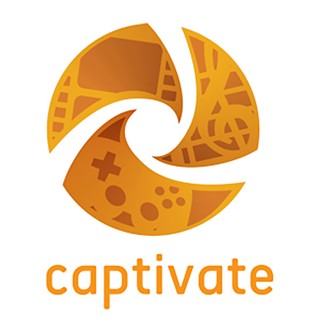 
Throwing a conference smack dab between the two weekends of Austin City Limits is a bold move. Will tech-oriented out-of-towners be interested in filling the in-between week with panels and networking or just want to slip into a breakfast taco- and barbecue-induced coma? The Captivate Conference is betting on the former.

Started by the local branch of the International Game Developers Association, Captivate aims to expand the gaming sphere to include music and film disciplines. That shouldn't be too much of a stretch: It only takes one look at popular games like Grand Theft Auto V to see cinematography, art design, voice-acting, and soundtracking converging in one impressive interactive package. Get all these people together to share their knowledge, throw in a dash of entrepreneurial advice, and you have something approximating Captivate. Kicking things off on Sunday is game designer Warren Spector, who built his reputation on classic games like Wing Commander, System Shock, and Deus Ex. He recently left his post at Disney Interactive, reemerging as co-head of the University of Texas' Denius-Sams Gaming Academy. Gary Hoover, founder of Bookstop, serves as the other conference bookend as he offers tips to create "lasting enterprises (and fulfilling lives)." Even if he only manages one of the two, that's pretty good.

Other presenters include Mark Bristol – who lives in the overlapping space of the game/film Venn diagram – and Alexander Brandon and Zac Zinger, who design audio and compose music for games (and sometimes even just for listening). Michele Skelding will represent the Central Texas Angel Network, which invested more than $8 million in 2012 alone. If there's an ass to kiss (call it schmoozing if you like), it's hers, since she could be the key to unlocking your start-up dream. They don't call them angels for nothing.

In tech industries, it's a dog-eat-dog world where only those on the cutting edge survive. Captivate is designed to sharpen skills, encourage cross-media discussion, and interact with other forward thinkers someplace other than the Internet.