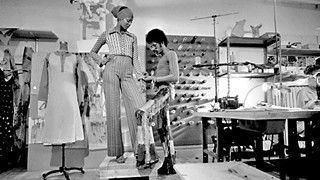 This weekend, the Capital City Black Film Festival will become Austin's first film festival to focus exclusively on the work of black filmmakers and actors. The festival will feature competitive screenings of documentaries, features, shorts, and music videos by black artists; private screenings of exclusive licensed content; and panel discussions on film production and distribution at the Stateside at the Paramount and the Omni Hotel.

Brothers Winston G. and Harrell D. Williams founded the festival with the goal of celebrating and promoting black cinema and highlighting resources available for filmmakers in Central Texas. The idea came to them during a screening of Harrell's 2012 short film, "They Lost It," at the Hollywood Black Film Festival last year. Winston, a business development consultant who is also an actor in the film, said, "People kept asking us if there was something like this in Austin. Everywhere we'd go, people would say, 'We've been waiting for this.'"

The inaugural CCBFF will offer screenings of more than 40 films. Highlights include Even Me, a documentary by Megan Ebor about the spread of HIV/AIDS among older black women; Versailles '73: American Runway Revolution, Deborah Riley Draper's documentary about a history-making fashion show featuring African-American models; and Sunday Morning Rapture, a feature film by Bishop William Sheals that is about exactly what you think – as well as two short films by Harrell himself.

Harrell, who first fell in love with the idea of making movies when his family visited Universal Studios in 1977, spoke to the Chronicle about the unique content that black filmmakers can offer through the festival. "Black film, to me, means films that are conceived by a black creator," said Harrell. "All cultures have their own identities; I'm big on learning from other cultures and their events. There are things within all cultures that, even though we are all Americans, we do differently, and the American experience is different for each as well."

Creating a showcase for these diverse experiences has, the Williams brothers admit, required hefty commitments of time, energy, and financial resources. But when asked about the industry connections it takes to pull off a yearly event of this scope, Winston has the perfect answer.

The Capital City Black Film Festival will take place Sept. 26-28 at the Stateside at the Paramount (719 Congress) and the Omni Downtown (700 San Jacinto). Full festival passes, $199; individual events, $20-$50. For a full schedule and to buy tickets and passes, go to www.capcitybff.com. 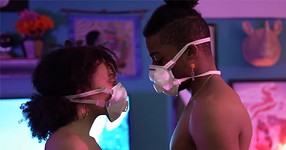