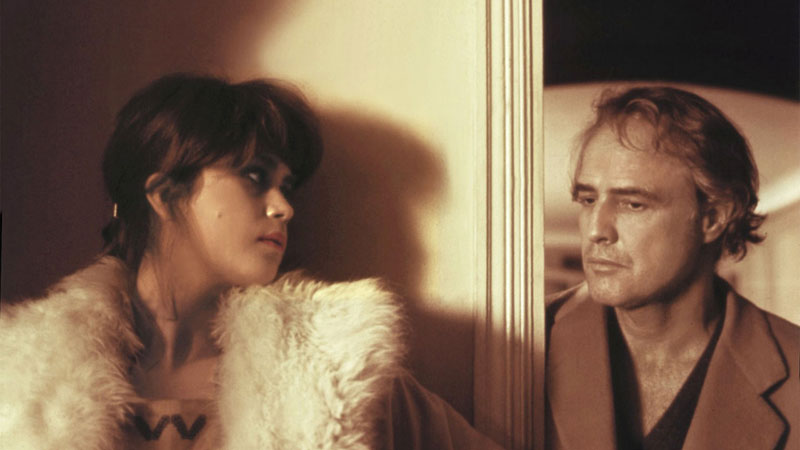 Some of the more interesting stories in the history of cinema are the ones that authorities once hoped to scrub from the record altogether. The half-dozen films selected by the Austin Film Society for their latest Essential Cinema series drew fire for different reasons – see: sex, violence, inflammatory politics – and from various powers that be; no less than the supreme leader of the Union of Soviet Socialist Republics put the kibosh on one of them. But what they share is a spirit of agitation, as well as the right to be re-evaluated on their own merits and not just as martyrs of a more censorious time.

Series starter Salt of the Earth (1954) was directed by Herbert J. Biberman, one of the Hollywood Ten blacklisted by the House Un-American Activities Committee, with significant creative contributions from other blacklisted industry players. It's a foolish exercise to pretend to know the inner thoughts of someone long buried, and yet one wonders if Biberman would've balked at sharing the same umbrella as HUAC-friendly Elia Kazan (more on him later). Then again, Biberman might have grabbed any chance available to screen a film once denounced by the U.S. House of Representatives and aggressively boycotted by the American Legion. Salt of the Earth is not subtle, but there's a real urgency and inner drama to its depiction of a real-life miners' strike in New Mexico and the surprising part women played on the picket line. Officially rehabilitated in 1992 when the Library of Congress added it to its archive, Salt of the Earth is most memorable for its untested but deeply authentic cast of mostly unprofessional actors.

Sergei Eisenstein – a complicated figure in world cinema, burnished in film lore as the father of montage cutting – took an entirely different tack with his career-capping twofer Ivan the Terrible Part 1 (1944) and Part 2 (shot in 1946 but not released until 1958), part of a planned trilogy cut short by state disapproval and the filmmaker's untimely death at 50. Eisenstein's Ivan the Terrible is almost oppressively stylized, especially when viewed in the context of its time. (Consider this: Part 1 came out the same year as Double Indemnity and Meet Me in St. Louis.) A startling, staggering, gorgeous grotesquerie, it has the bygone feel of Greek tragedy or a silent film (excepting Prokofiev's emphatic score); J. Hoberman memorably called it a "mutant kabuki show." Stalin heartily approved of the first installment, spying in the robust, fiercely nationalist Ivan an admiring analogue, but he chafed at Part 2, which dared to present a more rounded portrait of the ruler. Eisenstein's friend, New York Times critic Brooks Atkinson, laid out what happened next, after Part 2 was banned as "politically unsound," in the foreword to Marie Seton's 1960 biography of the Soviet filmmaker:

"In a few days Moscow published Sergei's doleful acknowledgment of transgression and his obsequious promise to reform under the benevolent guidance of his superiors. I suspect that he had dutifully gone through the proper motions, believing in neither the accusation nor the penitence. The words did not infringe on his genius for art and life. In the winter he died. The state, always correct, gave him an imposing public funeral."

Elia Kazan, a polarizing figure to the end, would get no universally sanctioned send-off. (Take a look back at the tape of his Lifetime Achievement Award at the 1999 Oscars, four years shy of his death: Those were some very pointed asses in seats.) Indeed, the inclusion of his film Baby Doll – a marvel of menace and erotic delirium – puts the lie to the idea that censorship equates holiness. When Kazan named names, he threw fellow filmmakers under the bus – a public action that forever tarred him. (If you're feeling knee-jerk pious, pause here to think of the more private actions of anointed filmmakers – Polanski leaps to mind, but there are loads more – and the case against Kazan gets more confused.) The irony in Kazan's inclusion here, of course, is that many of us view Kazan's body of work with a permanent black mark – something the National Legion of Decency, a Catholic organization, couldn't have anticipated when it condemned Baby Doll in 1956. And Baby Doll is a film that practically begs to be banned. Despite Kazan's personal assurances to studio president Jack Warner that zero consummation takes place in screenwriter Tennessee Williams' deliciously overheated tale of a still-virginal child bride (Carroll Baker) putting off the advances of her cotton-gin-owner husband (Karl Malden) and making eyes at his business rival (Eli Wallach, in his breakthrough role), the film practically seethes with sex.

There's certainly seething – also: writhing, moaning, butter – in Bernardo Bertolucci's X-rated Last Tango in Paris, about a strictly sexual affair between a middle-aged American widower (Marlon Brando) and a young French woman (Maria Schneider). The film was decried as pornographic upon its release; meanwhile Pauline Kael famously put its premiere (at 1972's New York Film Festival) in the same league as Stravinsky's riot-making first performance of The Rite of Spring ("the movie breakthrough has finally come," she wrote). Forty years later, the conventional wisdom on Last Tango comes sealed with a smirk – and certainly, the thing has dated. I can't imagine the sex was ever sexy in any era, and now it's like watching a manatee mate with a Topshop mannequin. But what still sears is something the censors skipped over (everybody was fully clothed, so why bother?): Brando's raw, raging monologue at his dead wife's side, in which he swivels from invective ("pig fuck!") to snotting regret in a few can't-look-away minutes.

Which leaves us with The Driller Killer, a movie that actually benefited from banning. Would anyone still be talking about Abel Ferrara's first film (well, after that porno) if it hadn't goosed England's professional prudes into the passage of the British Video Recordings Act of 1984? Immortalized as the first of the "video nasties," it didn't see the light of day in Britain for another 23 years. In truth, the UK didn't miss much. Anthropologically, it's an interesting document, Venn diagramming punk and New Wave, arthouse and exploitation, for a gutter-level snapshot of the Bowery before all those luxury condos moved in. Amateurishly acted (Ferrara stars) and almost improbably boring for a movie about a homicidal maniac whose weapon of choice is a power drill (a power drill!), The Driller Killer is pretty awful. But it's on its very best bad behavior – a sort-of grimy, fuck-all rebel yell at the guardians of propriety that's impossible not to respect at least a little bit. The Driller Killer, along with all the other formerly banned films in the series, could be eulogized the same: They did it their way.

A Darkened Screen: Films That Were Banned