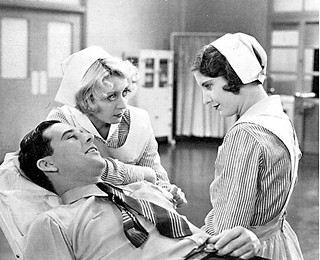 The great Barbara Stanwyck starred in seven different films with the word "lady" in the title, but in truth she was really more of a dame – "a tough old broad from Brooklyn," in her own words – whose most enduring roles were defined by shrewdness and unsentimentality: Double Indemnity's cold-blooded femme fatale, the nightclub chanteuse dropping street smarts on Gary Cooper's egghead professor in Ball of Fire, the professional scam artist who hooks Henry Fonda in Preston Sturges' peerless The Lady Eve.

Born Ruby Stevens and orphaned young, she supported herself as a Ziegfeld girl while still in her teens; she washed up on the West Coast as a 21-year-old bride, married to an abusive vaudevillian whose career hers would quickly surpass (rumor has it their marriage was the inspiration for 1937's A Star Is Born, directed by Stanwyck's five-time collaborator William A. Wellman). That bootstrap beginning – not to mention the Brooklyn accent – inflected Stanwyck's very first performances on film in the late Twenties, just a few short years before the restrictive Production Code went into effect and endeavored to wipe all the sex, drugs, and other fun stuff from Hollywood pictures.

The latest Essential Cinema series from the Austin Film Society unearths four lesser-seen Stanwyck films that make the most of the pre-Code period; at the series kickoff on Aug. 6, University of Texas film professor Charles Ramírez Berg will deliver a special introduction and post-film talk about Stanwyck's career and the Code context. The ultra-rare Mexicali Rose – only Stanwyck's third appearance on camera – casts the still-baby-faced actress as "a heartless coquette." It wouldn't be her last part breaking hearts: In Howard Bretherton and William Keighley's deliciously high-strung women-in-prison picture, 1933's Ladies They Talk About, Stanwyck plays a gun moll sent to jail by a do-gooder beau who pledges his love even after she takes a shot at him. Rounding out the series are 1931's Night Nurse, notable for contriving multiple ways to get Stanwyck stripped down to her delicates and costarring a very young Clark Gable as a murderous chauffeur, and The Miracle Woman, a Frank Capra tent revival sudser from the same year.