We've spilled a fair amount of ink in this issue celebrating food – what to eat, what to cook, where to get it, all that jazz. But we've made one pretty bold assumption: that it's real. Thanks to some new advancements in food technology, scientists around the world are pioneering ways to make food (or food substitutes) from scratch. These three cutting-edge dining options are still pretty pricey, but, theoretically, they suggest a future where food scarcity is no longer an issue. Think you could take a bite out of one of 'em?

Take a few bovine stem cells, culture strips of muscle tissue, and form them into a Quarter Pounder; serve with or without cheese. That's the idea behind Dutch scientist Mark Post's research in test-tube burgers. At this point, it amounts to a $325,000-plus patty that tastes – by his own claims – "reasonably good," but Post mostly just wanted to prove it was possible. Where burger technology goes from here remains to be seen, so if you find yourself with a spare $325k sitting around, consider resisting the urge to buy 65,600 No. 1 combos at P. Terry's and come up with another way to make meat possible without all the animal-rights fuss.

Ad astra per appetizer! Mechanical engineer Anjan Contractor of Austin-based Systems and Materials Research Corporation has received a $125,000 grant from NASA to build a 3-D printer that can generate pizzas for long-mission astronauts to enjoy on their way to Mars or wherever. Well, "enjoy" might be putting it a bit too strongly, as the extruded layers of flour, tomato sauce, and, ah, protein will be reconstituted from powders and oils in the machine's array of cartridges. Still, there are humans who seem to like eating what Domino's (for instance) sells, so who knows?

Rob Rhinehart apparently thinks chewing is overrated. And food, for that matter. He has raised more than half a million dollars to fund Soylent, a powder-based diet that ostensibly saves you all the time at the grocery store or in the kitchen and is customizable to suit different dietary needs. A young Forbes writer just did a weeklong trial on the stuff and reported that he kept his energy high and got used to the bread-y taste, but needed caffeine, got a little grouchy two days in, and missed the social act of sharing a meal. Still a little icked-out by the name? Rhinehart swears it's named after the stuff (a portmanteau of "soy" and "lentil") in the original book Make Room! Make Room!, not the secret ingredient in the 1973 sci-fi film Soylent Green. 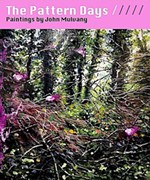