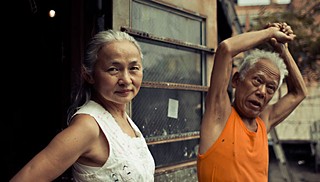 There's certainly no shortage of chances for Austinites to get their free or cheap screening on this summer – from the Paramount and Long Center to the cool waters of Deep Eddy – but there's something different about Cinema East. Instead of the usual classics, its summer slate comprises indie films from fresh off the festival circuit. As co-founder Carlyn Hudson explained to Marc Savlov last year: "It's not that we don't like older films, it's just that we are committed to showing new independent work, about half of which is coming out of Austin. ... [Some] filmmakers' biggest screening may be 150 people at a sold-out SXSW screening, and that really doesn't do a film justice."

So far the first four biweekly Sundays – each with a full-length feature and a short, including several local films that premiered at South by Southwest – have been locked in, and the first one rolls around this weekend. Check out the slate so far, and stay tuned for the rest of the season.