What's New on the Social Web 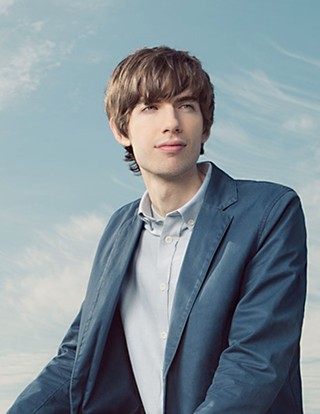 When Woody Harrelson sought to promote the film Rampart in February of last year, he found himself on Reddit, the self-described "front page of the Internet," where users share links, memes, and endlessly sprawling discussions on the site's threaded, message-board-style forums. Harrelson had agreed to participate in an "Ask Me Anything" session with the site's users, part of a popular series in which celebrities, experts, and people with unique life experiences open themselves up to questions from the Reddit crowd on any subject. The culture of the site expects the participants to answer questions on a wide variety of subjects. Harrelson, however, hadn't been properly prepared for what he'd encounter. He was there to talk Rampart.

On Reddit, comments and questions that are popular with the site's users get promoted to the top of the site ("upvoted"), making them hard to ignore. So Harrelson found himself faced repeatedly with a question that read, in part: "I went to a high school in L.A. and you crashed our prom after party. ... You ended up taking the virginity of a girl named Roseanna. You didn't call her afterwards. She cried a lot. Do you remember any of this[?]"

Adrian Chen, who covers the Reddit beat extensively for the online news and gossip site Gawker, recalls the Woody Harrelson event as one of the moments that made Reddit – at press time the 117th most trafficked website on the Internet, ahead of both NYTimes.com and dailymail.co.uk – a vital part of the current media environment. "When something really unexpected happens, that's when the AMA shines," Chen says. "When Woody Harrelson was kind of forced to address it ['it's not true'], that's not something that would come out of a normal interview."

Chen is cautious not to describe the AMA as an entirely new paradigm in journalism. "If you read Obama's AMA, that was not a very interesting discussion," he says. But the very fact that figures as varied as a veteran actor who clearly doesn't understand the Internet and the President of the United States are drawn to this format says something else: Reddit, and the new version of the social Web that it's a part of, is a legitimate part of the equation.

Meet the New Web, Same as the Old Web

Social networking and social media aren't a new part of the Internet. There are an increasing number of arguments being written about how they're responsible for everything from human loneliness to shoddy reporting in the wake of the Newtown shooting, and that big definite article in the title of the movie The Social Network makes it seem like this is a trend that began in the mid-Aughts with the launch of Facebook and Twitter, but social media goes back to the beginning of the Web itself. It's just that it's constantly improving on itself.

The 2002 profile-based social networking site Friendster gave way to the more flexible Myspace, which was largely abandoned by its users in favor of the ubiquitous Facebook when it opened its registration to the public in 2006. The 1999 link-based social community Fark inspired the user-powered news and links site Digg, and that in turn led to Reddit, which began its push to the mainstream in 2006 when it was purchased by Condé Nast.

This is largely how it works on the Internet: An idea goes through several iterations as new developers find ways to improve on the flaws or inconveniences that were present in the original forms. Friendster restricted nonhuman accounts and required users to know one another in real life before connecting; Myspace allowed bands and brands to stay in touch with countless fans; Facebook offered the same functionality, but in a cleaner and more user-friendly design.

David Karp saw a similar opportunity in blogging platforms when he founded Tumblr in 2007. He sought to cater to bloggers who want to share more than just writing.

"We started by imagining something that was a little more flexible," Karp explains. "In WordPress and Blogger, they were really designed for writers. Unless you were sitting down to hammer out an editorial piece, it didn't let me do the stuff I wanted to do; it didn't let me share a song I had stuck in my head or a video I'd just watched."

These quickly turned out to be valuable to users looking for a different avenue of creative expression; the blogging service boomed in terms of its user base, and the site boasts 90 million different blogs. Lady Gaga, Joseph Gordon-Levitt, Beyoncé, John Mayer, Zooey Deschanel, Odd Future, and others all maintain Tumblrs that they update regularly. When both the Obama and Romney campaigns sought a blogging service during the presidential election, each turned to Tumblr. The Obama campaign peppered its call-to-action posts with a steady stream of memes, animated GIFs, and pictures of Bo the dog.

This is the world that the social Web is building in 2013: Rather than conferring legitimacy onto sites like Tumblr and Reddit, powerful entities – from AMA participant Bill Gates to the Tumblr-using Obama campaign – are turning to those outlets, on their own terms, in order to be legitimized. 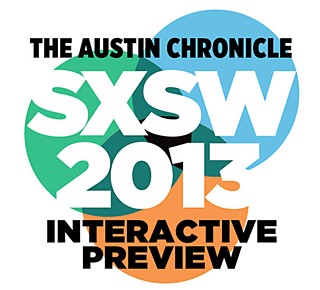 When the unexpected happens during a Reddit AMA – like when Woody Harrelson has to answer questions about a high school prom he may or may not have crashed – the format proves its worth to the site's users. But the benefit to the participants is that they gain credibility among those users just for showing up.

"It's a way for people to show that they're down with the Internet," Chen explains. "On the one hand, it's kind of a low-risk thing, because you're going to get a lot of questions that are softballs. The people who are interested in it are your enthusiasts. But it's a way of showing that you get the Internet."

The fact that showing that you get the Internet is important enough that presidential candidates feel the need to do it signals how brave and new this world is. We're only a half-dozen presidents removed from the Carter/Ford debate in which a technical difficulty saw both men frozen in front of their podiums for half an hour for fear of doing something that would appear unpresidential during the downtime. Now, Barack Obama ends his AMA with the self-referential "Not Bad" meme.

Seeing the president of the United States interact with the Reddit base on their own terms might be thrilling for the users, but there's reason to believe that that sort of bottom-up influencing can have an impact that extends beyond novelty. If everyone is playing with the same tools and speaking the same language, then what's the real difference between your average Web user and the celebrities seeking their attention?

"When there are great creators on Tumblr making amazing stuff, what it does for the rest of the world, the other hundreds of millions of aspiring creators out there, [is] it shows them an example of things that can be done with tools that they have," David Karp says. "You don't get that same push when you walk into a movie theatre and watch a movie that you really love, because you know that there were a thousand people and millions of dollars between you and making the film up there. But when you see [that] Joseph Gordon-Levitt or Beyoncé are making these remarkable projects on Tumblr, that inspires a lot."

We're moving toward a media age in which the tools that are required to do things that capture a lot of attention are increasingly accessible. That's true of a communication medium like Reddit, where the upvoting system helps democratize the process of having your voice amplified, and the non-famous are welcome to host their own AMA sessions or build a movement around whatever it is that matters to them – be it a bullied bus monitor or a fired Applebee's waitress. It's also true of the creative projects that Karp describes on Tumblr, where both Terry Richardson and countless amateur photographers share their work in the same way.

And it's especially true of the new social applications that are continually being developed. A Vine video posted by an early adopter in Hollywood, like Adam Goldberg or Gillian Jacobs, was shot on the same phone that every other user of the service has in their pocket, with roughly the same resources.

Ultimately, the form of the services – massive community, flexible blogging platform, microfilmmaking app, or whatever is invented next – is almost unimportant when it comes to figuring out what's likely to have longevity and cultural legitimacy. What matters is that everyone, be they a presidential candidate, a Hollywood star, or someone who previously just identified as a fan, wants a part of it. In the social Web we're seeing now, all of them are important.

It's Reddit's Web. We Just Live in It