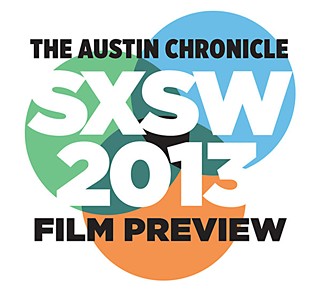 Rick Prelinger is a retro-futurist philosopher who collects things. Lots of things. Best known as the founder of the Prelinger Archives, a collection of over 60,000 educational, industrial, and sponsored films acquired by the Library of Congress in 2002, he has recently begun stockpiling other people's home movies. He's arming himself to challenge everything you think you know about documentary filmmaking.

"There's this notion that a documentary today isn't complete unless it has a narrative arc and characters," he told me over the phone from his home in San Francisco. He says the contemporary emphasis on storytelling has spawned an industry of "cookie-cutter docs" that cram archival footage into a three-act mold festooned with music, talking heads, and fancy graphics. Why gild the lily? A home movie already has a narrative, characters, and action. "It might be an unschooled auteur, but you're always playing with things that have an intentionality to them. I think the public is more than capable of looking at raw material and figuring out their own interpretation," he said. On March 10, No More Road Trips? will give the audience a chance to do just that. 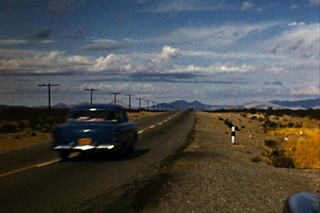 No More Road Trips? is a live-performance, interactive film presentation culled from home movies of American car trips and family vacations spanning the 20th century. Like most of his 8mm and Super 8mm source material, Road Trips has no sound. The audience will provide real-time audio commentary. It's an unscripted cinema experience Prelinger calls "silent but noisy." He wants people to get "rowdy," like sports fans: "Why can't movie audiences be so uninhibited?" During the film, he'll preside as referee: "I'll ask the audience to identify things ... to dispute one another, but most of all, to talk about ideas." Whatever happened to the romance of the highway? Has the westward journey, so deeply ingrained in our national consciousness, come to an end?

With funding from the Creative Capital Foundation, equipment support from the Internet Archive, and the help of a handful of volunteers, Prelinger has sifted through some 9,000 cans of home movies, digitizing and editing approximately 90,000 minutes worth of footage into a 90-minute film. When I ask him how many hard drives he's had to buy to store all these video files, he treats it like a rhetorical question. "It's just insane, this level of excess." We're in mad genius territory here. Road Trips is a journey through the past designed to get us all talking – loudly – about the future.