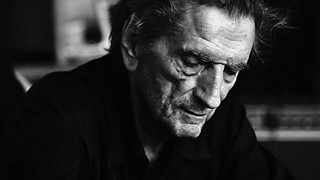 The careers of John Milius and Harry Dean Stanton have intersected on two occasions – Dillinger and Red Dawn – and, in the broader scheme, share an uncommon prolificacy. Still, new documentaries on each leave the viewer with wildly divergent images: Milius as a marauding Hollywood Hemingway on perpetual safari; Stanton, a wizened stray foraging for scraps and eluding predators in a moonlit Laurel Canyon.

Milius, meanwhile, the feature-length debut from industry stalwarts Joey Figueroa and Zak Knutson, is as outsized as its subject and as consuming as his best work, erring on the side of excess. It simultaneously blows away and amplifies assumptions about the prodigious screenwriter (Dirty Harry, The Life and Times of Judge Roy Bean, Apocalypse Now), director (The Wind and the Lion, Conan the Barbarian), executive producer (Rome), and script doctor (Jaws). "He doesn't write for pussies, and he doesn't write for women," Sam Elliott helpfully points out early on. "He writes for men, because he's a man."

In the days leading up to SXSW Film 2013, the Chronicle spoke with Huber by phone in advance of Partly Fiction's North American premiere and Figueroa and Knutson together, also by phone, in advance of Milius' world premiere. For outtakes from both interviews, see austinchronicle.com/blogs/screens.

Austin Chronicle: Were you at any point vexed by Stanton as a subject?

Sophie Huber: In a way, yes, but I've known him for a long time. We've been friends for 20 years or so. I thought of recording his music before I did the documentary. ... Once I started doing it, I thought it would be great to document it in a film. It took another year to persuade him to agree. Eventually, I said, "Look, it's not about you. You don't have to talk about yourself. We're just going to record songs. If you don't like it, we can stop." [Laughs] And that was that. Initially, he would say, "No way, I'm never going to do that." He doesn't care about the past much; he says there's no ego. So, of course, a documentary would be all about the past and a celebration of his career, but I knew that he had regrets of not fully using his musical talents.

AC: He talks a little about that, late in the film –

AC: And I'm wondering if you got the sense that he eventually looked at this as an opportunity to correct that.

SH: That's how I got him interested. He agreed, eventually, so I think a part of him was intrigued by it. But it was only after I got an Oscar-nominated DP [Seamus McGarvey], and David Lynch already had said yes to participating, that he really came around. 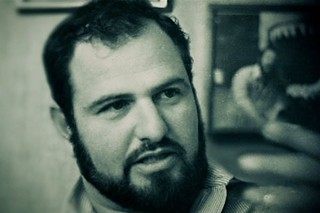 AC: Can you tell me about how you built the film, what your blueprint looked like, and whether you had to stray from it or if you ended up getting more than you thought you might?

SH: It was clear to me that I didn't want to make a talking heads documentary. I wanted Harry to be the leading man, and I wanted to make his philosophy and state of mind palpable to create the kind of atmosphere that he exudes in person: a certain sense of peace and calm, at least when he is in a good mood. His main philosophy is to be in the present moment. He also says that everything is connected. I tried to find thematic and visual connections in the edit, through the placements of songs and also film clips ... I wanted the film to reflect his thoughts, like a stream of consciousness, being in his mind and therefore, hopefully, feeling connected with him.

AC: Why this film for your first statement in English?

SH: Paris, Texas really had a profound effect on me. I saw that when I was a teenager, coming of age in Switzerland. Having this idea of America, the way it's portrayed through Wim Wenders' eyes, having also this deep fascination. I felt I knew this character; I knew Travis somehow, and could relate. When I actually met Harry, even more so. And, then, his music, I just felt I needed to give him that platform. It was very difficult, but it was just something I needed to do. I felt it had to be done.

Austin Chronicle: When you've got Charlie Sheen calling your subject insane and Oliver Stone saying he's not grounded in reality, you know you've got something special. Which of your sources were the most insightful?

Zak Knutson: It's kind of unique. I think Steven Spielberg would be the heart of the piece. Steven came from a place of talking about one of his best friends in the world. He has known John since they were kids in film school; a lot of these guys have. Somebody like George Lucas, who's basically giving you the black-and-white and background from somebody who looks at John as a big brother figure. And Scorsese, who's bringing this film historian aspect to John's output. Everybody kind of took a different angle to it. One thing with Oliver Stone: You've got two guys who are polar opposites when it comes to politics. But, when it comes to films, they were on the same page.

AC: You mentioned Milius' politics. Can you talk about his iconoclastic –

ZK: Calling himself a Zen anarchist.

AC: Right. The idea of him being blacklisted as this right-wing NRA nut job. How serious and how significant of an issue was that, from your point of view?

Joey Figueroa: I think that whole political angle has a few layers to it. What I like about bringing that up in the documentary, you kind of have to let the audience make up their own mind about how they feel on where he stands. ... That whole thing about being blacklisted, you know some people think that he was, based on his political beliefs, because of his outlandish statements. Other people say, "No, he's just crazy, Hollywood doesn't give a shit. Hollywood only cares if you can generate a buck."

AC: Is he a hero to you guys? Is that what drew you to this project to begin with? 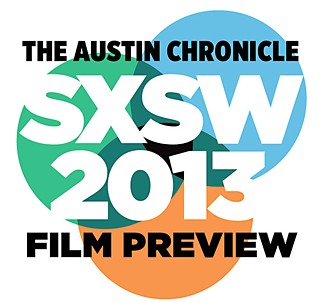 JF: He's become someone who I've grown to admire immensely. For reasons that you might not imagine. You look at John, and the writing's amazing. His body of work is amazing. In the beginning, my knowledge of John was just that: his work. But what I appreciate about John is his personality, and what we've learned in this process.

ZK: For me, I love John's work. I think Dillinger is an overlooked masterpiece. It's beautiful. Conan the Barbarian, I was a fan of it when I was a kid, still am. Red Dawn ... John definitely had a take to his films. You can call it macho, you can call it masculine, you can call it guy stuff, but it was a unique point of view, which made John stand apart.