Reflecting on 20 years of South by Southwest Interactive Festivals

These days, it's hard to imagine South by Southwest without the Interactive Festival. For years, though, Interactive was treated as something of a redheaded stepchild in the SXSW family, sidelined by its big sisters, Film and Music. It finally came into its own in the public eye in the mid-Aughties with a boom of new developments (Twitter, anyone?) and attendance skyrocketed almost exponentially, but the Interactive Festival has always been full of big thinkers and bigger ideas, whether folks noticed or not (see "Triumph of the Wilcox"). So as we looked for ways to celebrate the 20th anniversary of Interactivity, we wanted to find a way to tip our hats to every part of those two decades, not just the highlights from the more lauded past few years.

Our memories aren't what they once were (and some of us, ahem, were only 6 when this whole thing kicked off), so we needed a more concrete point of reference. We started at the beginning and trawled through the 1994 program for highlights. Very quickly, we found ourselves sucked in to the hilarious concepts of innovation (CD-ROMs! P2P! See "Back in the Day," below, for more), but our laughter turned to curious nodding when we realized how much overlap there was across the years. For example, there's this gem: "[T]he first [South by Southwest Media Conference] has an eye on the past as it steps into the future" – an ideal we espouse in our coverage to this day. But, perhaps more significantly, we realized we've been talking about virtual reality, privacy, ebooks, and more for nigh on 20 years now, and some would argue we've only fallen deeper down those rabbit holes. (See "Plus Ça Change ...," below, for more from Festivals past and present.)

In another 20 years, will we finally have any answers? Or will those questions have long since become hilariously irrelevant? Stay tuned.

Back in the Day

It's easy to think of all the biggest changes and innovations in South by Southwest Interactive history as recent ones – Twitter, Foursquare, 2012's expansion to 15 themed campuses – but one only need look at the program guide from the 1994 edition to really put things in perspective.

Back in 1994, the Conference program (at that point shared with Film) included a map of a Drag that homed such Austin icons as Sound Exchange, Dobie Theater, Quackenbush's, and Tower Records. All of those have since gone out of business, moved, or dramatically changed, but Austinites then – and it was, primarily, an Austin-centric Festival at that point – could never have imagined such travesties. Here are a few more snippets from that first year's program book – and how relevant they are to 2013 festivalgoers.

• Attendance: "The first South by Southwest Film and Media Conference (SFMC) will be much smaller than the eighth SXSW Music and Media Conference at the Convention Center – around 600 people compared to over 4,000 – but the spirit is the same." SXSW Interactive has been the fastest growing part of the Conference in recent years, having exploded from 3,343 registrants for 84 panels, workshops, and sessions in 2005 to an astounding 24,569 attendees in 2012 – with more than 800 panels.

• Local Business: "We floated the idea to local multimedia businesses of offering registrants a self-guided tour of Austin's multi-media industry, and got what we thought was a surprising show of participation. Here are 18 companies who are doing multimedia in Austin." It doesn't matter who those 18 were; not a single one still exists in town.

• Smoking: "Can I smoke in the Hyatt? It all depends ... You cannot smoke in the LaVista restaurant. You cannot smoke in any of the panel rooms, but there is smoking in the foyer area. As for individual guest rooms, 65 percent are designated as non-smoking." Austin passed a citywide ban on indoor smoking in 2005, so this rule is long gone. By entertaining contrast, today, the Hyatt Regency, longtime ground zero of SXSW, boasts the option of hypoallergenic rooms for some guests.

• SXSW Softball Tournament: "To play, you must purchase a $10 barbecue ticket. Buy the ticket and sign up for the team at the SFMC Information Desk. Or, if you don't want to play, you can still buy a ticket, come out to watch and eat fine Texas barbecue. ... Rain plan: whiffle ball and barbecue at the Austin Convention Center." These days, the softball tournament still exists, and it hasn't changed all that much. There's still barbecue, there's still softball, and, against all odds, the price of entry has actually dropped: It's now free for Music and Platinum badge holders.

Sometimes, history repeats itself. Other times, ideas once thought of as new, modern, and glamorous are obsolete almost before they're voiced. In the case of SXSW Interactive panels, many would seem to fit as well in 2013 as they would have in 1994. Were they just that far ahead of their time, or are we still struggling with the same ideas two decades later? See if you can identify which year these Interactive panels were a part of the Conference. Some of them might surprise you.

A) The Future of the Online Magazine 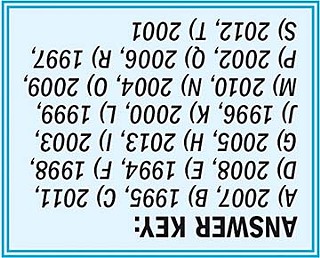 Spoiler Alert: Get your answers here.

L) How the Free Market Enslaved the Net

S) Deconstructing the Myth of the Viral Video