'Dazed and Confused' and Together Again

After 20 years, the gang reunites for induction into the Texas Film Hall of Fame 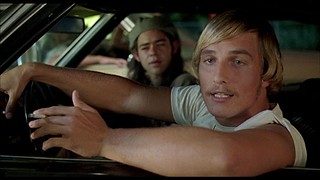 It wasn't obvious when Dazed and Confused spun onto screen in 1993 that it was destined to take its place alongside the truly great youth ensemble cast films. That designation places it with such films as Rebel Without a Cause, American Graffiti, and The Last Picture Show, yet Dazed and Confused stands out as a risk, an indie production filmed on Richard Linklater's shoestring budget of charged-out credit cards and Slacker mojo.

Like American Graffiti and The Breakfast Club, the notion of a coming-of-age film set over the span of one day befits Dazed and Confused's round-robin of characters, as impeccably cast as they are memorable. In the basic plot set on the last day of high school in 1976, departing seniors bestow upon wishful freshmen the teen dreams that seemed so innocent then – cars, girls, pot, and the nonstop rock & roll that drives the story and the soundtrack with eyes closed and no hands on the wheel.

Pick an actor from the cast – any one of them. They resonate with life because Linklater's vision imbued them all with such vitality you feel you know them: Jason London as the golden boy athlete not willing to compromise his principles just to play football; future Oscar winners Renée Zellweger in the background and Ben Affleck as the asshole senior flunky who made your life miserable; Parker Posey as the classic high school bitch who made you feel worthless; Adam Goldberg's angst-ridden intellectual nerd standing up to a bullying Nicky Katt; Anthony Rapp as a graduating senior who is disgusted by the hazing rituals but falls for the charms of victim Christin Hinojosa; Marissa Ribisi as the brainy redhead susceptible to the attention of the shiftless Matthew McConaughey; Michelle Burke with her girl-next-door sweetness and protectiveness of her freshman brother, Wiley Wiggins, the film's other star performance.

And pick any scene; the film teems with moments of joy, identification, and hilarity, all guileless and genuine. One moment in particular seems to capture Dazed and Confused's zeitgeist. Sitting on the 50-yard line of the football field smoking marijuana, Sasha Jenson's football jock waxes nostalgic about his newly past high school days and why he played by the rules "while I was stuck in this place."

But it's McConaughey everyone remembers from Dazed and Confused. He was expertly cast as Wooderson, the long-graduated, ne'er-do-well, ex-football star stoner still hanging with the teens, in part because "I get older, [the girls] stay the same age. Yes, they do." Prowling the parking lot of the Top Notch burger joint on Burnet Road, with his blond surfer good looks and a racing-striped Chevrolet Chevelle, he's the rebel without a cause, smack in Seventies suburbia.

Director Linklater's film career has been adventurous and circuitous, yet Dazed and Confused could not have been the film it is had it been made at any other time in his career. Tender, tough, and told with as much heart as cinematic soul, it made Richard Linklater a contender and brightened the spotlight on Austin film.

Nine members of the cast and crew of Dazed and Confused will accept the Star of Texas Award for their film at the Texas Film Hall of Fame Awards ceremony on Thursday, March 7, 6pm. 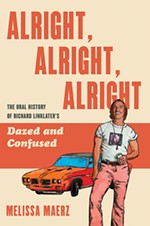 The Austin Ch30nicles
Remember That Issue ... With a Delicious Scandal? 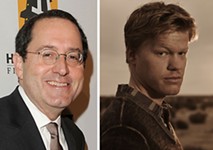 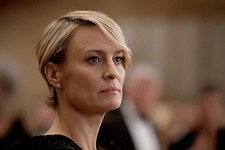