Trading One 'Community' for Another

Dan Harmon is talking to you 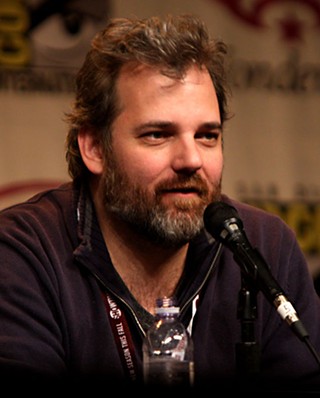 Canceled sitcoms litter the network landscape. Fired showrunners and head writers hop on and off vehicles up and down the line, limping under bindles full of spec scripts and napkin notes. This much has been true for television immemorial.

But when the creator of a beloved – albeit commercially underperforming – show is canned, and that show somehow keeps moving without him, people pay attention. Especially when he's seeking that attention out.

In the spring of 2012, Sony Pictures Television declined to renew Dan Harmon's contract even as NBC was renewing Community for a fourth season. Though controversial, it was almost fait accompli. Harmon had cultivated a reputation as a brooding, difficult, and demanding executive producer, one more likely to respond to the feedback of a devoted viewer in the middle of nowhere than he was to that of staff members or studio execs. And his embrace of a blogcentric mode of expression – where he could meet admirers and critics of the cerebral, quixotic, pop-culture-obsessed, and, well, dorky Community on their own turf – did not endear him to the higher-ups.

"I would have fired me," Harmon told KCRW's The Business last year. "They're not going to hand the ball to the guy that spent three years losing in the ratings race and not turning a script over until I felt it was finished. If your ratings are high and there's money being made, you're allowed to be a perfectionist in television."

Nearly a year later, it hardly seems to matter that they weren't, there wasn't, and he won't be. The start of Community's fourth season has been postponed from October of 2012 to this February, and while Harmon has neither forgiven nor forgotten – his Reddit IAmA in August, for instance, brooked no quarter – he has moved on: to the raucous quasi-weekly podcast Harmontown (www.harmontown.com) with improvisational titan Jeff B. Davis, as well as to projects for Adult Swim, CBS, and Fox, and to a collaboration with Charlie Kaufman on the screenwriter's stop-motion Anomalisa.

The Chronicle spoke with Harmon by phone in the weeks leading up to the Harmontown tour, which stops in Austin on Friday, Jan. 11, at the Cap City Comedy Club.

Austin Chronicle: I hope everything's going well for you these days.

Dan Harmon: Yeah, it's going swell. I've got three days to turn in two scripts, to CBS and Fox, and I'm not exactly blazing any, uh, I don't know what the expression is ... I'm not exactly setting any land-speed records. But I guess that's how I need to work.

AC: Is there anything psychological there, or is it just purely a function of having so much stuff to work on right now?

DH: It's all of the above, and always been the same. Regardless of the circumstances: No matter how confident I've been, no matter how much someone's paying me, no matter how long they give me, no matter what the topic or medium is, the thing that seems consistent is that I will figure out what the boundaries of procrastination are and push them five degrees beyond their utmost extreme. I think it's because my body and my mind are addicted to a very sloppy, bad, unhealthy workflow. I think that my brain is addicted to the adrenaline and guilt of having to pump something out. When you're in that zone, you enter a different mindset, where, at a certain point, it doesn't matter if it's good or bad. If you have any time at all, your ego gets in the way. You go, "Well, it's gotta be good. I'll just take this time to make sure it's good." And then only when it's like, no you're gonna get fired if you don't turn this in, in an hour – then I finally get to do what a writer is supposed to do in the first place, which is write.

AC: Not to pry too much into your process, but how do you typically work? Are you the kind of guy with an organized desk in the same workspace every single time to maintain some order, or do you work on the run, catching as catch can?

DH: It's never been the same way twice. The only thing that's ever been the same is that I wait till the last minute and screw over the people paying me and make them anxious and force them to be my Mommy and say "give it to me now." The circumstances of the actual writing are never the same. I might be sitting in bed with a laptop in my lap pounding something out. I might chew an Adderall like PEZ and stay up for 48 hours in my home office. I might go out to the car to get away from the Internet. I might thumb something out on a phone from a bar. It depends on what's due, when it's due, and who I'm working for. And what the hell's going on in my life, I guess.

AC: Can you talk about the Fox and CBS projects a little bit, without giving too much away?

DH: The CBS show I'm writing, I'm in the first draft of it right now. They've OK'd the outline. It's definitely going to be a multicamera sitcom. It's about a father-daughter relationship that's unusual. It's sort of their home life combined with the life in the bar that they live over. So it's sort of a Cheers meets Absolutely Fabulous. That's about all I'm probably allowed to divulge, I really have no idea. But that's probably all I know, too. [Laughs] The Fox thing is a workplace comedy. I'm kind of hoping it'll be single-camera, but believe it or not, I've taken on the task of thinking of it as possibly multi-cam or single-cam as I'm writing it. I'm trying not to force my tastes onto it in that regard. If it's possible for me to write a great workplace comedy for Fox that has the Fox kind of quote-unquote edge that Fox wants from their sitcoms and be a multi-cam, then I'll do it. But a lot of times that edge more easily takes the form of cinematic storytelling, conveying a sharper line of emotion between the characters and the audience. I think that's why, when you look at Fox's programming, most of their successes are single-camera. They haven't had a multicamera hit since, what, Married With Children? I have one foot in multi-cam and one foot in single-cam as I write for Fox.

AC: How do your hopes for these shows compare to the kinds of hopes you had for Community when you were first writing it?

DH: I would love to have a great single-camera comedy on Fox that could somehow follow in the footsteps of Community as being respected critically and emotionally fulfilling for a certain kind of viewer. And I would love to have a big, crass, very well-written, solid, simple multi-cam on CBS that proves that successful things can be good, as well. And, at the same time, we have this animated show on Adult Swim that I'm writing now, which is really cool and absurd and sci-fi and chaotic and kind of appeals to the 15-year-old in all of us.

AC: I think a lot of people will be glad that you've got so much going on in the wake of what happened with Community and NBC/Sony. But I was watching the keynote that you gave at the XOXO Festival, which was great and really fascinating to me, and some of the language that you used to describe the network aesthetic and trajectory almost implied that you would never take part in it again.

DH: I feel like TV, by nature, if you're doing it right, you're doing it right for everyone watching. TV is designed to be loved and watched by as many people as possible. Obviously, the more people watching what you're putting on, the more successful you are. But then we have this fork in the road, where we have come to believe that in order for something to be watched by truly everyone, it has to start taking things from the quality column, integrity column, the humanity column. You have to have someone in a singing contest, who, if they're not the best singer, they have to eat a moose's balls or something. And then the audience gets to vote. And we have to turn everything on television into professional sports in order to keep people watching; we can't keep telling stories. I would want to try to prove that false. I don't particularly care if I die trying, because the trying is the passion, the compulsion for me. When Steve Irwin was alive, and he talked about a crocodile, he'd probably warn you a great deal about how messed up a crocodile could make you if he got his mouth over you. But he wanted to be among them. He respected them and chose to just hang out with crocodiles constantly. If he gave a keynote about them, I think he'd say, "Well, they have razor-sharp teeth, and they can take your leg off, and they're never going to change, and they don't give a crap about us." But he'd be wearing a T-shirt that says "I Love Crocodiles." It's sort of the same dynamic. And I, like Steve Irwin, will probably be dead very soon.

DH: Probably nothing more than any other writer, possibly any other person. I speak first and think later. I try to keep as little difference as possible between what's going on in my head and what's coming out of my mouth. Like I said, I procrastinate; I alternate between being a perfectionist and hating myself and everything I write. It's nothing really new to this world, but the reason why I bother to say self-destructive is because it lets people know that you know so that they can stop thinking about it.

There's such an emphasis in our culture on succeeding. If someone's saying something to you that sets them up for failure, 50% of your brain is occupied with how can I help this person be more successful, how can I point out to them that what they're doing will ultimately not help them succeed? I think it's help to put a big hat on your head that says, "I'm gonna self-destruct, so stop worrying about me being successful and start listening to what I'm saying." I keep getting fired, but my house keeps getting bigger. I don't worry about success. Fuck success. Watch me self-destruct and enjoy it, because that's how you'll get a good TV show. 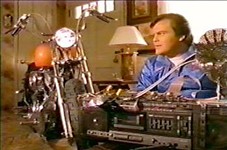