1) Holy Motors I think Buñuel would have liked this movie, and that's good enough for me. It's my personal winner of the épater la bourgeoisie award for the new millennium.

2) Cloud Atlas It's the only movie this year that brought a tear to my eye, so swelled was I with its mad audacity and synchronicity. 3) Beasts of the Southern Wild This idiosyncratic dazzler leaves you to wonder what swamp it crawled out of and who else is in there. The film's blend of figment and authenticity is just right.

4) Lincoln It's as if John Ford were directing Profiles in Courage – crafting cinema in the service of history. Nevertheless, the film is a stupendous congruence of magnificent direction, cinematography, performance – and timeliness. 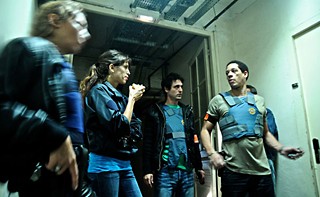 6) Amour A French octogenarian couple demonstrate what it means to love and honor in sickness and health – and, in the process, reveal an aspect of love little seen in the movies.

7) Zero Dark Thirty Kathryn Bigelow and Mark Boal recognized the makings of a great story before knowing its actual outcome, and then managed to redirect the drama to focus on the unsung analyst warriors.

8) Polisse It's another day on the job for the officers in this French child protection unit, while the horrific grind that affects each one differently is deftly observed by the filmmaker. 9) This Must Be the Place Sean Penn's transmogrifying performance aside, this film is a riveting portrait of rock stardom in middle age.

10) Rust and Bone Marion Cotillard is thoroughly amazing in this compelling love story between an unlikely pair. 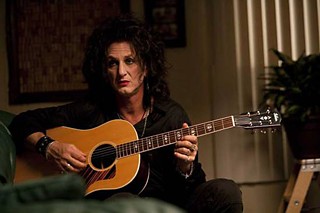 Cloud Atlas, This Must Be the Place, Killer Joe

The Hobbit: An Unexpected Journey: Do Peter Jackson and Fran Walsh have no one around who'll say no to them? This is a sad example of a film's grasp far exceeding its reach.