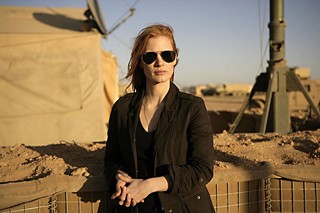 1) Polisse This unshowy 2011 Cannes Jury Prize winner about a child protection unit in Paris never played in Austin, save a one-off AFS showing, but it's just as impactful on the small screen.

2) The Master One man's inner battle between nature vs. nurture, set against post-World War II America's own identity crisis. Rigorous and terrifically rewarding.

3) Zero Dark Thirty Do we go in knowing the ending? Sure, but that doesn't make this technically complex and morally complicated drama about the hunt for bin Laden any less suspenseful, or stressful. 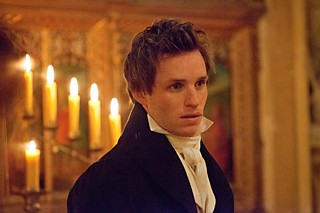 5) Celeste & Jesse Forever Turns the romantic comedy inside out and pokes its guts for pained laughs. No other film this year so perfectly articulated my own anxieties, which was awful and wonderful all at once.

7) Oslo, August 31st Joachim Trier's second film is a subtle and stunning examination of the insurmountable separateness that attends acute depression. And what a hell of a hollowing-out it is to behold.

8) Les Misérables An imperfect production, to be sure, but if you're so inclined – and, gaw yes, this former theatre geek surely was – its go-for-brokeness is divine.

9) Jiro Dreams of Sushi ... and what a stirring reverie it is, as detailed in David Gelb's elegant documentary about an 85-year-old sushi master and his family legacy.

10) Cloud Atlas I'm not convinced it isn't quasi-spiritual hoo-ha, but still, this unruly epic moved me with its purity of intention and heart-on-sleeve sentiment. 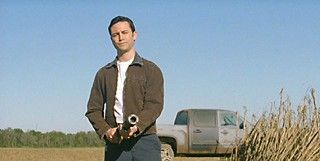 Was sodden sequel Wrath of the Titans the worst movie of the year? Probably not, but it was the only one I walked out on, eye-rollingly bored by its po-faced take on the juicy sword-and-sandal genre.

It was a damn good year at the picture show, wherein even the failures were interesting. And stop piling on John Carter, y'all. It was sweet and weird and made by a gifted, fallible human, not an assembly line.