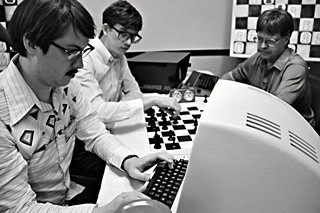 Held in January, the Sundance Film Festival is traditionally, if unofficially, seen as the new calendar year's coming-out party for what's next in independent film. Last week, programming announcements came dribbling in daily; by now we have a pretty full picture of what the 2013 fest will look like – and it looks to be mighty Texan. Hosts of Austin (and friends of Austin) filmmakers will be screening new work, including Richard Linklater, who'll debut the third film in the ongoing Before Sunrise saga-masterwork, Before Midnight; David Gordon Green, with Bastrop-shot comedy Prince Avalanche, starring Paul Rudd and Emile Hirsch; and Jeff Nichols, with the first stateside screening of Mud, starring Matthew McConaughey (who's currently racking in year-end accolades for his very fine work in Bernie, Magic Mike, and Killer Joe). Three local films will show in the NEXT sidebar, a showcase devoted to edgy, forward-thinking, modestly budgeted films: Andrew Bujalski's Computer Chess, Yen Tan's Pit Stop, and Hannah Fidell's A Teacher. Bastian Günther, who divides his time between Austin and Berlin, will premiere his film Houston in the world dramatic competition, while Dallasite David Lowery, a frequent collaborator on Austin projects (case in point: he co-wrote Pit Stop), will show in the U.S. competition Ain't Them Bodies Saints, which stars Casey Affleck and Rooney Mara. Finally, Kat Candler will rep "Black Metal," her second short at Sundance in two years. 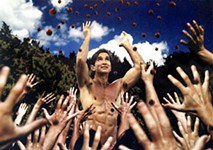