As Ron Howard readies 'Rush,' We look back at the best racing movies

The folks at the Circuit of the Americas aren't the only people gambling that Americans will become addicted to Formula One. Ron Howard is putting the finishing touches to his new drama Rush, which focuses on the rivalry and camaraderie between two giants of the sport: stoic Niki Lauda (Daniel Brühl) and charismatic playboy James Hunt (Chris Hemsworth). "It sounds kind of strange and alien, but it really isn't," he said on a recent trip to Austin. "When I talk to NASCAR fans, they know about Formula One. It's not that dissimilar. It's speed, it's risk-taking, and it's incredible competition." But if Rush is in pole position, there's a full pack of features revving their engines. Biopics of drivers Jackie Stewart and Gilles Villeneuve are planned, while Michael Mann is in talks to direct Go Like Hell, chronicling 1966's bloody engineering fight between Ferrari and Ford. Journalist Joe Saward has also discussed adapting his book The Grand Prix Saboteurs – the true story of three drivers who became Nazi-fighting secret agents. If 1 and Rush are successes, expect these to hit the starting grid. But there's a fleet of veteran pics that have already passed the checkered flag.

Grand Prix (1966): John Frankenheimer pioneered the use of in-car cameras for F1. But the film's most enduring image may be Eva Marie Saint, daubed in her crashed lover's blood, shrieking, "Is this what you want?!" to the paparazzi.

Le Mans (1971): Not technically an F1 film, but speed freak Steve McQueen is surrounded by F1 drivers like David Piper in this dialogue-lite drama/vanity project filmed at the 24 Hours of Le Mans auto race.

Bobby Deerfield (1977): Sydney Pollack stalled with this sudser, with Al Pacino unconvincing as either a romantic lead or a driver.

Senna (2010): There's only one argument about Ayrton Senna: Was he one of the best F1 drivers or simply the best? Asif Kapadia reconstructs the life and significance – both to the sport and to his fans – of a Brazilian icon.

Grand Prix: The Killer Years (2011): Hard to come by, but the BBC documentary is in many ways a test run for the safety and danger themes in 1. 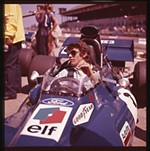 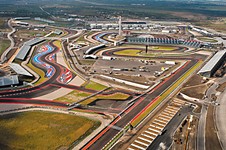