Gods Like Us: On Movie Stardom and Modern Fame


It's telling that Boston Globe film critic Ty Burr prefaces his book-length auditing of modern celebrity with a dismissive quote from Charlie Chaplin, one of the first movie titans to find himself crushed by a fearsome mob of fans: "It's all – nothing! It's all a joke. It can all be explained, I tell you. It's all – nothing." In fact, Burr proves rather the opposite – "it" is something, all right, and over the course of a century and change "it" has metastasized into the defining American obsession – and he tackles the subject with a mix of rigorous scholarship and arched-eyebrow irreverence.

Burr's self-described goal is "a cultural biography of modern stardom," beginning with the silents and moving forward, with a focus that expands to include emergent technologies and concurrent trends in music and politics. If in its less spirited sections, the book reads like little more than a straightforward, chronological survey of moldering stars, their triumphs, and sometimes scandals, Burr is an ever-witty presence on the page (see: Clara Bow, with her "blat of raw sexual energy," or Arnold Schwarzenegger, "this slab of Black Forest ham"). A terrific writer, then, yes, but also an astute reader of history, as in his near-breathless analysis of three midcentury seismic shifts – the emergence of Marlon Brando, television, and rock & roll. Burr gives each subject a good chew: There's Brando, refusing to play the fame game but finally succumbing to his own operatic weirdnesses, "the first movie star as slow-motion car wreck"; early TV's kitchen-sink realism and realistically ordinary-looking actors (when the stars look more like Joe Schmo, Joe Schmo looks more like the stars – baby steps for the future digital age's fame-for-everyone orgy); and an examination of how white appropriation of black language and artistic modes became a major motivator in American culture.

Throughout, Burr maintains a critic's acid reflex, perfectly content to shit on an icon (Easy Rider he brands "nearly unwatchable") and to not at all play nice with the current crop of celebrities (when he describes A Prairie Home Companion's unlikely casting of Meryl Streep "playing mother to Lindsay Lohan the way a duchess might give birth to a mall rat," is the appropriate response to cackle or to flinch?). Incidentally, Lohan's mug shot is included here in the scant eight pages of black-and-white photographs, a chintzy visual addendum to a book so consumed with image.

At the book's beginning, Burr frames the relationship between star and fan thusly: "The gods are owned by those who worship them. The dream is not the property of the figures in the dream but of the person having the dream." As Gods Like Us comes to its inevitable conclusion – the democratization of celebrity, wherein reality TV contestants and YouTube amateurs compete for space with movie stars – that easy dichotomy has eroded. It's all the same shared dream now – or maybe the same shared sickness. 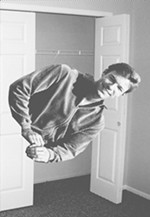 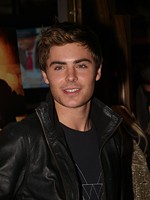 After a Fashion
Party crashing? Just ask Your Style Avatar.