Mike Birbiglia on getting 'Sleepwalk With Me' made 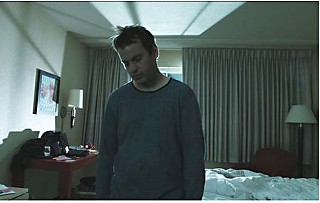 "Mike Birbiglia is rumpled and groggy, having just been roused from a midmorning nap on a sofa in the lobby of the Driskill Hotel." That was the first impression of The Austin Chronicle's Melanie Haupt when she interviewed the first-time writer/director in March, when he screened his film Sleepwalk With Me at the 2012 South By Southwest Film Festival. (See "Hurts So Good," March 16, 2012.) His sleepy demeanor was especially apropos considering the film in question was inspired by Birbiglia's real-life troubles with a sleep disorder. He adapted the film from his off-Broadway show and bestselling book; public radio listeners will recognize some of the funny, melancholic material from Birbiglia's appearances on This American Life. (TAL's Ira Glass co-wrote the script and pops up briefly on camera.)

"We were developing this for a while with a larger company, and I'd written like 12 drafts of it and made so many changes," Birbiglia said of Sleepwalk With Me's long, fraught journey from page to screen. "The Hollywood model is to develop scripts for 10 years, sell them, transfer them, attach this actor, then attach a director. This isn't what I'm about. I'm much more of a creator and a doer. I'd much rather try and fail than talk about trying."

Sleepwalk With Me opens in Austin this Friday; see Film Listings for showtimes and review. You can read Haupt's interview with Birbiglia here.

Mike Birbiglia, Sleepwalk With Me, Ira Glass, This American Life