'Sushi: The Global Catch' examines the ruinous impact of overfishing 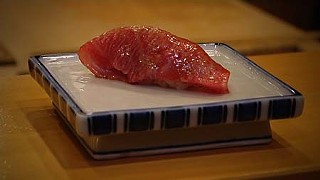 Since the 1950s, the global population of bluefin tuna has been reduced by 90%. What's driving this massive degradation of the bluefin? We'll give you one guess. Yep, it's us. Again. Human beings' seemingly inexhaustible penchant for driving other species to the brink of extinction and beyond has extended to the world's oceans as never before, thanks in large part to the exploding popularity of sushi and sashimi in the United States, Brazil, Russia, and, most worryingly, China, whose growing economic wealth directly translates into a newfound taste for status-symbol delectables such as sushi.

As Austin-based director Mark Hall's new documentary Sushi: The Global Catch eloquently points out, the rapid decline of the bluefin, an "apex" predator fish, spells disaster not just for the refined palates of sushi lovers, but for all marine life en toto. Remove the bluefin from its ecosystem, and the aquatic house of cards that is the oceanic food chain collapses like a shoddily engineered California roll.

"What was amazing to me was this global supply chain that allows all of us to eat sushi," explains Hall. "Just seeing the fish coming out of the water in Australia, and then traveling overnight to Singapore, Tokyo, Austin, and Poland. The most shocking thing for me, environmentally, was hearing so many people, from marine biologists to people who are attempting to raise farmed bluefin, say that we're literally eating these fish out of existence and the disastrous consequences that could have. That was pretty alarming."

Thankfully, however, the word is getting out about sustainable sushi. Here in Austin, Chef Tyson Cole at Uchi and Uchiko is deeply committed to not only serving sustainable sushi but educating his customers about the peril their favorite fishy food is currently facing. And outside of the U.S., tuna "ranchers" such as Australia-based companies Sekol and Cleanseas are experimenting in sustainable methods of raising the increasingly rare, and thus pricey, fish. (One massive bluefin tuna recently sold for a record $400,000.)

But at a time when people can't even agree on something as dire and obvious as global climate change, does the fight for sustainable fishing methods and the conscientious harvesting of the world's oceans stand a chance in the court of public opinion? It looks like a long shot, but Hall is optimistic: "I'm hopeful but at the same time I realize that to try to make such a sea-change, so to speak, in the way people think about sushi may not be that easy.

"[With the film] we're trying to at least get people to think about the issue and also to think more expansively about the food that they eat in general. Maybe I'm a bit naive but I personally believe that, as consumers, we can make choices about what we buy and what we consume. Governments haven't been really effective, and while direct action groups are good at creating awareness of the problem, ultimately it's us, the consumers, who have the power to change things." 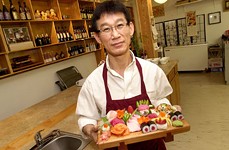 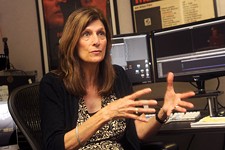