Ecstasy of Order: The Tetris Masters

Theatrical-on-demand isn't about creating a completely new business model. It still depends on distributors and theatres and audiences. But it crucially shifts the dynamic, putting film fans at the heart of the deal – as curators, promoters, and patrons. We explore five case studies in the TOD movement.

Brian Kelley was frustrated. As a featured writer on the film blog GordonandtheWhale.com, he says, "It's tough for me to go to film festivals and then tell people about all these movies that they weren't going to be able to see."

Kelley initially heard about Tugg through a press release. Or, more accurately, he'd received a press release about Tugg, ignored it, and then noticed that "somebody had posted something about it on Twitter." He went back to his email. "I read it, and was immediately skeptical," he says. "There's a lot of pushes for new and nontraditional distribution models, and I've seen a lot that I don't think are sustainable for the future."

The pieces didn't fall into place until he saw one film in their catalog: Ecstasy of Order: The Tetris Masters. "That's the moment when Tugg clicked for me," Kelley notes. He'd caught the video gaming documentary at the 2011 Austin Film Festival, and while he knew it would have a wide audience, it was still niche enough that it would be a tough sell. However, Kelley thought he would risk organizing his own screening. "My first inclination was to sign up for this thing that I didn't think wasn't going to do much," he says.

Initially, he used social media to promote it as a documentary screening at the Alamo Drafthouse, but that wasn't going so well. So he switched tacks. Instead of a regular screening, he hyped it as a Tetris event, with a block-rocking tournament before the screening. "That got me quite a few tickets sold," Kelley says. Next, he switched publicity tools, replacing tweets with personal contact. He would talk to people at work and in coffee shops, "approaching it as an event, and not just saying 'hey, come to my movie.'"

The biggest challenge was price point, and how that would affect the tipping point to confirm the screening. He had to factor in the costs of the Tetris tournament, so he was faced with two options: Either sell 60 tickets at $12 each, or 75 at $9. Ultimately he went with the lower-priced tickets, and filled 118 seats. Even a major rainstorm on the night didn't diminish attendance – and that points to the key to a successful theatrical-on-demand event: a committed crowd. Alamo Drafthouse CEO Tim League noted that Kelley's success came down to knowing a niche audience that was off the Drafthouse's radar.

For Kelley, the experience was pretty positive. He was shielded from any financial risk but, he notes, "The burden is completely on the promoter." However, his big conclusion is that it worked. "Friends of mine in New York who see I had a screening, I can say, 'Hey, you can have a screening of your own.'" 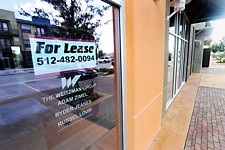 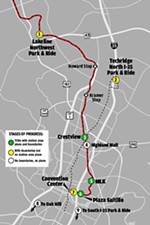