On 'Schoolhouse Rock!,' Bebop, and being forever beatnik 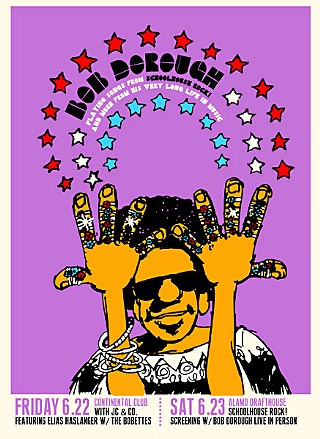 If you're reading this while holding a newsprint copy of The Austin Chronicle in your hands, chances are good that you're familiar with Bob Dorough's music and voice. Intimately familiar, in fact – he may well be responsible for your ability to count, parse grammar, explicate women's suffrage, balance your bank account, and understand global warming. Certainly Dorough, the jazzbo mind and musical director behind Schoolhouse Rock!, had an influence on De La Soul ("The Magic Number"). If your only familiarity is with Dorough's Saturday morning songsmithery, however, you're likely unaware that the now 88-year-old bebopper also worked alongside everyone from Miles Davis to John Zorn, Allen Ginsberg to Thelonious Monk, and Dizzy Gillespie to Blossom Dearie. He's hip like that, this guy. He's wicked cool.

The Austin Chronicle spoke with Dorough by phone, from his home in the Poconos, on the eve of his Continental Club debut. (And yes, Lolly, we have been assured that adverbs will be in abundance.)

Austin Chronicle: One of the things you're known for, other than Schoolhouse Rock!, are the song-poems you did in Los Angeles in the early Sixties. Can you talk a little about that?

Bob Dorough: I was living a double life. I had a bebop band that I arranged and played piano with, strictly instrumental, and then in some of the smaller clubs in and around Los Angeles I sang and played the poetry of Langston Hughes – which I had adapted to song. Lawrence Lipton, the guru of the Beat poets, was producing an album called Jazz Canto, Vol. 1, and he wanted me on it. I said I'd do it but only if I could also do [my version of] Lawrence Ferlinghetti's poem "Dog." That's pretty famous amongst a certain class of my fans. 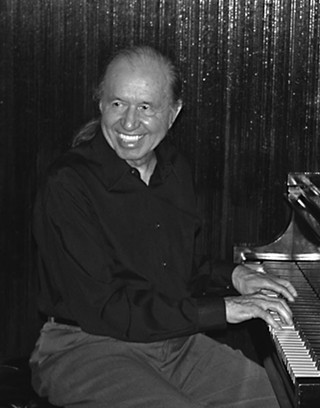 AC: Did you consider yourself to be a beatnik at that time? Or is that only something you'd recognize in hindsight?

BD: Well, when bebop first hit New York in 1949, that city was full of young cats like me, and a few ladies, from all over the country. Everyone came to New York to hear the masters, like Dizz and Miles and Monk and all our bebop heroes. I think at the time we considered ourselves strictly an underground class. Very few people wanted to hear Dizz, Miles, and Monk, much less their neophytes like me and my colleagues. But we kept jamming and playing together, living the underground beatnik life, dabbling in a little marijuana smoking, and whatever we could do. We kept flowing and learning those songs, those bebop tunes, but we always felt very underground. A hippie is a beatnik is a hippie. Of course, he doesn't have much money, but he's having a great time!

AC: Miles Davis recruited you to do "Blue Xmas (To Whom It May Concern)" which is one of the coolest holiday songs ever written. How exactly did you hook up with him?

BD: I finally met Miles in L.A. in '62, right before I returned to New York. I had heard through a mutual friend that he had listened to my Devil May Care LP, on Bethlehem Records, and listened all the way through. So I thought, Let's go see him! We went to the club where he was playing with John Coltrane and Cannonball Adderley and, whereas a normal person would say, "Hey, I liked your LP," Miles grabbed me by the wrist and whispered in my ear. He said, "Bob, go up and sing 'Baltimore Oriole,'" and then he drug me up on the bandstand, shooed the horn players off, and I sang it. Then we went to a few parties together and got to be kind of friendly, and eventually he asked me to do that Christmas song.

AC: Are you surprised by how enormous a cultural touchstone the Schoolhouse Rock! series has become?

BD: Well, you know, initially the plan was to just make a record and a workbook to help kids learn their multiplication tables, something that could be sent out to schools and libraries. I looked at it as a very important challenge, and I thought that if I could do it right, I could really reach a lot of young people, which is something that I'd always wanted to do. And I think that I really lucked out with the animator, Tom Yohe, and his partner, the musician George Newall. Tom and I even ended up writing a couple of songs together where he did the lyrics and I did the music.

Bob Dorough performs at the Continental Club on Friday, June 22, and at the Alamo Drafthouse South Lamar on Saturday, June 23. 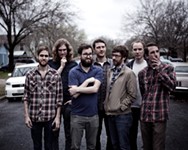