Talkin' 'Bout a Generation That Sexts

Ericka Marsalis-LaManna fashions a romantic comedy for the Facebook age Ericka Marsalis-LaManna spent the $10,000 she'd saved to make Generation Me so that she could amputate the leg of her dog who had caught cancer. Most of her scenes were shot with two crew members on set. One of her most prominent characters, her husband – local rapper Ray Sr. – the one who delivers what's practically the movie's mission statement, had never once acted in a movie.

Her camera guy skipped set after 10 days. Her boom mic went to shit in between. She had to build her own props and set pieces. At one point during production, Marsalis-LaManna was getting two or three hours of sleep on the regular.

She's never been so exhausted, she says. Weeks after the premiere and days before the DVD release of her first-ever feature film, Ericka Marsalis-LaManna can hardly wait to get some sleep.

But she's got her movie, a delicious little comedy about the dangers associated with forging relationships in the Facebook age. It's not perfect – the sound runs a little wobbly throughout and some of the specifics, like the fact that male protagonist Chris (local singer Ben Baxter) makes a living as an "Austin blogger," are a bit generic – but it is hilarious, pointed, and inspired. And it's all hers.

Marsalis-LaManna just can't believe nobody beat her to it. "A comedy film that deals with Facebook and texting and nonverbal communications?" she asked. "There are almost a billion people out there who use Facebook, and practically everyone's messed up a relationship because of it. I just knew I was going to be halfway through filming and I'd see a trailer that says 'Universal Pictures presents Drew Barrymore ..."

That never happened. Instead, the movie Marsalis-LaManna knew had to be made got put out through TrendSmasher Productions, the company she owns with her husband. And rather than a big name bill with the likes of Barrymore and, well, it would have to be Zooey Deschanel, Generation Me went to shoot with local "who dat?"s Amber Prowl, Jamie Teer, and Melanie Rene, three actresses of mixed races that Marsalis-LaManna cast because they reminded her of her friends around town.

"I wanted it to look real," she says of her decision to shoot the film with a multiracial cast. "I've moved around Texas a lot and seen a lot of people: When you're watching black films, there's always that token white guy. Watch a white film and there's the token black guy.

"I hate that, because I don't ever believe it. My husband is a mix of different races. Our circle of friends is very diverse. I didn't want to classify this as a black film or a white film. I wanted to make a film like you've never seen before."

Now that she has, Marsalis-LaManna's next mission is to submit Generation Me to festivals. (The film is already available on DVD through TrendSmashers' website at www.lifesontheline.com.) The film's received an invitation from the 2012 San Francisco Black Film Festival and the San Antonio Film Festival, and she and Ray Sr. are hoping more invites will come – though they're not holding their breath.

"Most of the festivals want documentaries or dramas, and the comedies that they do take usually have Juno-type humor," she says. "This may be too pop or hip-hop culture for them."

Marsalis-LaManna's also got another movie idea stewing in the pot, a "darker drama" she plans to start work on in January.

"I've learned a lot of lessons from making this film, but the biggest one is that you can do anything you want as long as you get off your ass and do it," she says. "It's what they've been telling you since kindergarten: As long as you're not lazy, there's nothing to it but to do it." 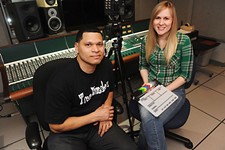 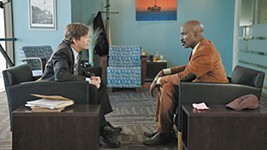