Above and below: Images from "Once It Started It Could Not End Otherwise"

Some products of Western culture invite speculation about their origins. Think of the SkyMall catalog: What world is this and who are we that we have created a mall in the sky? The real answer, of course, is that our decadent appetites for Hammacher Schlemmer geegaws follow us everywhere – even to the window seat on a red-eye to Dallas. But when we behold these magnificently strange creations of ours, sometimes another vision momentarily takes root: What if the SkyMall were real, a collaboration between NASA and the desk-sized gumball machine lobby? You have to admit, things equally as strange happen every day.

The short films of Galveston-based Kelly Sears illuminate and offer alternate origin stories for cultural detritus like this, except her sources are often older – high school yearbooks and other gone-by-the-wayside texts in which undercurrents of Cold War anxiety and similar leap to the fore. "All the films I make come from old magazines in thrift stores, books from library sales, and from archives that house orphaned films," Sears says. "I like working with things that are outdated or cast off as a way of reinvigorating the material and making it resonate in today's cultural climate. I'm really interested in using the veneer of nostalgia to look back at the archetypes and ideologies found in the source material that can be expanded into other kinds of stories or histories. I try to tell a story about the present but shape it through images of another time."

Working in a style that combines collage and the associative logic of cut-ups à la William Burroughs or Brion Gysin, Sears produces images in an uncanny, flickering style with oddly floating figures and juxtaposed textures that belie a staggering amount of labor. "Frame-by-frame filmmaking is a labor of love; some days I can work all day on three seconds of footage. But it's [in] that meditative space that the stories really start to percolate," she says. "I look for an entryway to engage with the story that already exists in the frame. The images always come first. I'll collect a bunch of material, and as I'm experimenting with animating and layering the images, a story slowly emerges."

These stories often draw out a minor twang of anxiety present in the source images: In "Once It Started It Could Not End Otherwise," an invisible malaise infects a high school, leaving its students to disband their clubs and sever their social ties. While all of the images came from an ordinary yearbook, Sears cleverly constructs a paranoiac narrative that makes it possible to see the shine of fear that hangs behind all those wholesome, Olan Mills-style portraits. In "Voice on the Line," an underground government plot records the sirenlike voices of telephone operators, which encourage callers to divulge ever more personal details, eventually enthralling even the suits who set up Project Chatter. Sears says, "Some pieces, like 'Voice on the Line,' use a voiceover narrative to create an impossible/possible story to connect hundreds of bits of archival film. I often think about the narrative structure of conspiracy theories and how you can create a viable yarn by creating relationships between unrelated details. ... I like intervening with these dated images to draw out some more problematic and disturbing stories that lay under the surface of them and thinking about how these stories are still evolving today."

Having seen the creepy, critically astute films Sears produces with all of seven minutes' screentime, one wonders what marvels she could pull off with a feature-length film – Guy Maddin, with his similarly opulent, think-heavy films like Careful and The Saddest Music in the World, could certainly use some company, if not competition. Asked about the possibility, Sears says, "There is a treatment for a feature about atomic bomb tests and their relationship to experimental cinema that I've developed, but there are so many short ideas that keep popping up that I get to first." 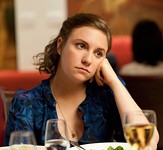 Kelly Sears, Once It Started It Could Not End Otherwise, Voice on the Line