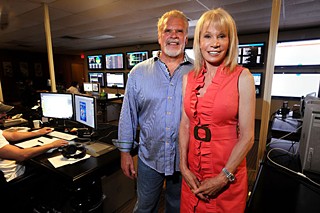 Steve Shubin, inventor of the Fleshlight and founder and CEO of Interactive Life Forms, is sitting behind his desk in the company's base of operations, which is nestled in a nondescript office park off of Ben White and I-35. There's no sign on the door proclaiming that this is the headquarters of a multimillion-dollar industry with factories on two continents. The only indication that you're not looking at an insurance agency or a plumbing office is that one of Shubin's cars – maybe one of the Rolls-Royces or Bentleys – will be parked out front. ("They're envious because I bring cool cars here all the time," Shubin says of his neighbors in the building.) Today, from the window of his office, you can see the silver Ferrari he picked for the commute into Austin from his ranch in Dripping Springs. Life has been good to Shubin, especially since he invented the Fleshlight, the world's most successful sex toy for men, which simulates a human vagina, mouth, or butt in a discreet container that looks kind of like a flashlight.

Today, though, Shubin's not interested in discretion. Instead, he reaches to the side of his desk and produces a prototype device the size of your leg. "We're in the horse business!" Shubin proclaims before offering a detailed description of the archaic way that stallion semen is currently collected for artificial insemination and how Fleshlights for horses could revolutionize the industry. By the time he's done, it sure sounds like he's got a winner.

Shubin has lots of ideas for ways to revolutionize – well, pretty much everything. He already succeeded in finding a way to take the world of sex toys, which has been dominated since the days of "mother's little helper" and "hysteria" primarily by devices aimed at women, and introduce a product that men will buy by the truckload. He's got big ideas for the world of horse breeding. And now he's on to an even bigger challenge: Can he revolutionize the way that Americans stigmatize sex – and male sexuality and masturbation – in a way that'll let him sell even more Fleshlights?

In 2011, Shubin's attempt to shatter some of the stigma around sex toys included hiring Josh and Nick Holden of Mishnoon Productions to create a webseries called The Flesh Life. Over the course of eight episodes, the Holden brothers created a fictionalized version of Fleshlight's offices and followed the adventures of a pair of ambitious marketing dudes at the company as they attempted to promote a new (fictional) product. Hijinks ensued; they were zany. The Flesh Life is a comedy series that takes its cues from The Office and The Big Bang Theory, and there's nothing sexy about it.

"They just sort of said, 'Here's some money; go make something,'" Nick Holden says of the amount of creative control he was given by the company to create something that fit a contemporary comedy sensibility. "Steve said to us, 'Whatever you do, don't listen to us.'" And what Mishnoon came up with was a project that wouldn't have been out of place on a site like Funny or Die or CollegeHumor.

This stands in sharp contrast to the videos on the Fleshlight website, which are universally porny. The Flesh Life is a PG-13 attempt to take the product out of the realm of the adult industry and into the mainstream. (In a meta twist, this is the conflict that the characters in the series struggle with, as well.)

That's where marketing strategies like The Flesh Life come from. The company has other ideas, too. It's a presenting sponsor of the Air Sex World Championships, held annually at the Alamo Drafthouse. There's been talk about paying for shout-outs from "some top-of-the-charts rap artists" to name-drop the device in their lyrics. Both Shubins get really excited when they talk about the movies and TV shows that have made reference to the product. "We were featured in that Kevin Smith movie Zack and Miri Make a Porno. We had nothing to do with that," Brian says proudly. His father can rattle off others, like Showtime's The Big C and Californication.

Which is why they're still talking about a 2008 box office bomb like Zack and Miri like it's the best thing that ever happened to them, and why Shubin wrote a big check to the Holden brothers for a Web series that didn't manage to find much of an audience.

Of course, Fleshlight is not exactly a struggling company at this point. They're bringing in crazy profits, they manufacture 4,000 units a day, and they've sold more than 5 million Fleshlights worldwide – the product continues to grow, and the elder Shubin even suggests that the fact that Americans are uptight about sex works to the company's benefit: "Whenever you suppress something, that's a great market for me."

All of which makes this focus on shedding the mores and stigmas about sex seem kind of weird. Shubin's making a fortune in a "great market" for his product, so why does he care so much about going mainstream?

If you'd told Steve Shubin circa the late Seventies that at 59 years old, he would be running a company that manufactures discrete artificial vaginas, he'd have laughed. Back then, Shubin was a member of the Los Angeles Police Department – he spent six of his seven years in the force on the SWAT team – and he loved it. "I used to joke when paychecks came in, 'I feel bad about taking this!' In college, I was a defensive lineman and linebacker, and I went right from there to the police academy and chasing bad guys – and I got paid for it! It was amazing."

Shubin gets giddy talking about being a cop. "I couldn't do it today," he says, but not just because he's 59. "Today, everybody's got a camera, and everybody's got a lawyer. Steve Shubin would be fired in a month." He describes his days as a cop as "the best job I ever had," and that's up to and including his current gig raking in a bazillion dollars by selling Fleshlights. Shubin gushes about it.

"If somebody needs their face slapped, they're getting their face slapped," he says, talking about his style of policing – but, he laments, "You can't do that anymore." He talks about this stuff so openly, I almost wonder if he remembers that my recorder is on. "I've killed people before. I've done everything. I have choked hundreds of people unconscious. Did I enjoy it? No," he says – and when he explains why not, he says that it's because a person who's choked out poops their pants. Why'd he stop? The pay was bad. "There wasn't much money in policing," he says.

All of which is to say that Steve Shubin probably has a different perspective on the world than you or I do. 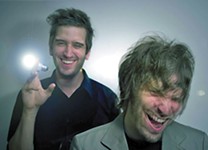