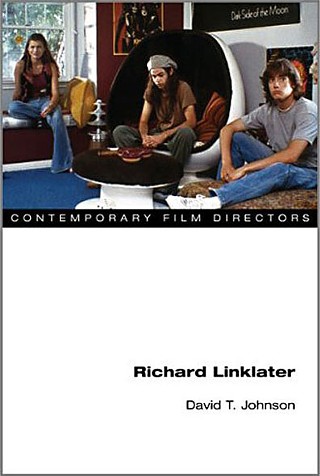 
Richard Linklater is a man with time on his mind. Temporality is David T. Johnson's major consideration in this rigorous academic reading of Linklater's filmography: the compressed timelines of Slacker, Dazed and Confused, and Before Sunrise, further compacted to real-time in Before Sunset and Tape; the hallucinatory unreality of A Scanner Darkly; Waking Life's carpe diem ethos ("There's only one instant, and it's right now, and it's eternity"); and how the context of an audience's own viewing, including time and place, affects its relationship to the fixed film document.

Despite Johnson's hope – articulated twice, no less, in the introduction – that his book will find readers outside of the academic community, it's at times an overwhelmingly scholarly text, one that presumes too much foreknowledge (I imagine 1996's SubUrbia, for instance, isn't fresh on anyone's mind – especially since it's never been available on DVD), and on more than one occasion, I had to put down the book and consult Wikipedia for a plot synopsis. In his case-by-case examination, Johnson's emphasis is on thematic interpretation (he also identifies an "ongoing critique of the idea of America"), sidestepping other topics of potential interest (if he finds anything notable distinguishing scripts authored solely by Linklater, in collaboration, or by someone else entirely, he doesn't mention it). But the 21-page filmmaker interview that concludes the book expands the focus to include Linklater's own thoughts on the primacy of time in his films, the misplaced hate directed at The Newton Boys, and the aimless but not unworthy passion of the slacker.

Indeed, the most interesting takeaway – especially for Austin's sometimes claws-out creative class – is the book's affirmation of the unabashed intellectual and artistic curiosity that has inflamed both Linklater, from film to film, and so many of his character-creations, who make art or even just muse in ways it's all too easy for the snide to savage. (Recall even Slacker's Dairy Queen Photographer: "So, what? Do you fancy yourself as some sort of artist or what?") Johnson points again and again to "characters who seem almost naive at times in their interests – yet, in that naiveté, engaged, vibrant, and alive within an ongoing engagement with those passions and the present moment," and in The School of Rock he finds a stealth message embedded about the essentialness of a humanities-based education. It sure worked for Linklater.