While many eagerly anticipate any DVD released by Criterion, whose particular brand of risk-taking is to distribute films that already have film-critic cred, few get worked up about the release of films we might rather forget because – and let's be honest – they're embarrassing. Such is the case with The Geisha Boy, a Jerry Lewis vehicle produced by Paramount in 1958. The film details the (mis)adventures of a second-rate, down-on-his-luck magician (Lewis), who, while on a USO tour with an overpreening starlet (Marie McDonald), falls for a Japanese translator (Nobu Atsumi McCarthy) and her young nephew (Robert Hirano) who "doesn't know laughter" due to his birth parents' untimely deaths.

The Chopstix font of the film's title sequence provides more than enough of a reason to dismiss it. To be clear, there are actually many reasons: clunky exposition; flat, racist caricatures instead of characters; oversimplified geopolitics; and the stark reality that a white rabbit named Harry Hare (the first and last names are English-Anglicized Japanese homophones, get it?) is a more successful comedic presence than Jerry Lewis.

Nostalgia for classic studio sausage often motivates companies to release monstrosities like The Geisha Boy onto DVD (can you smell the niche market in Boca Raton, Fla.?), but here's the kicker: We should be thankful that such nostalgia operates in this manner. The Geisha Boy provides an opportunity to look at the ways mid-century Hollywood mapped out cultural anxieties about postwar international relations by coupling pat scenes of cultural misunderstanding with the establishment of onscreen international familial bonds. When Jerry Lewis tells his young orphaned Japanese co-star, "I wish I was your father," it's hard not to read out a certain brand of U.S. paternalism that characterized the period.

Even our biggest fool can be your dad.

The Geisha Boy isn't always so easy to read out, though. Surprisingly, there are moments here that remark on the very real issue of translation – linguistic and cultural. In one scene, Lewis encounters a Japanese gardener and asks him a question in English. The man's response comes back in Japanese, of course, but is accompanied by Japanese subtitles. In the short exchange that follows, each man's words are coupled with subtitles in their own languages. Translation fails. For a movie whose ingenue is a professional translator, none of the Japanese spoken in the film is translated into English subtitles. Equally odd is a gag where Lewis' mouth is shut up (for once) by a ball thrown from an Andre-the-Giant-sized Japanese baseball player.

Too bad these moments are bookended by syrupy sentimentalism. If heartstrings are tugged at the sight of a crying Japanese kid left on the tarmac, more than comedy is at play. It's orientalist romance and humor for the troops. And for the family. The family troops, the troop family. Rest assured that with The Geisha Boy now on DVD, somewhere a little Japanese boy is smiling.

Because at least we know how to make 'em laugh. 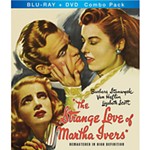