The subject of Jewish identity may seem like an obvious topic for a Jewish-themed film festival. But two films included in the Austin Jewish Film Festival's 2012 slate go at the issue from a lesser-seen angle, asking the question: What does it mean to be a Jew when that fact was withheld from you your whole life? Ronit Kertsner's documentary Torn explores what happens when a man of faith suddenly discovers he was born into another faith altogether. Romuald Waszkinel was an ordained priest in the Catholic church when he learned of his ancestry: He was born Jacob Weksler to Jewish parents. The film examines Romauld/Jacob's push and pull between these two identities. French-language The Names of Love adopts a far more whimsical approach to the issue, but this romantic comedy has a stealthly weightiness to it. It chronicles the romance between a volatile, French-Algerian political activist named Baya and a mild-mannered infectious-disease expert named Arthur. Arthur's mother, a Holocaust survivor, hid her history from her son; only as an adult does he begin to wrestle with his Jewish identity – all the more intriguing as he dates a Muslim with her own complicated relationship to her race and religion.

Other films playing in the festival, which celebrates its 10th year of operation this year, include opening night film David Amram: The First 80 Years, a documentary about the composer and musician; Amram will perform at the kickoff celebration on Thursday, March 22. Billed as Israel's first-ever horror film, Rabies is a low-budget slasher that's played well on the festival circuit. And of special interest locally is the short film "Life Is Like a Glass of Tea," which stars the late Robert Brody as a rabbi preparing for death; the Austin actor passed away in late February. 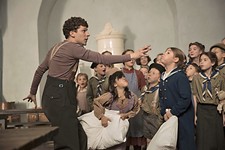 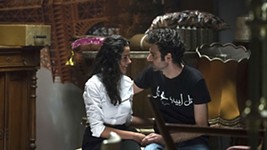 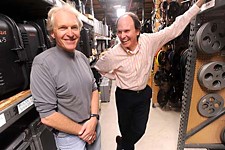