The Sound of Secrets 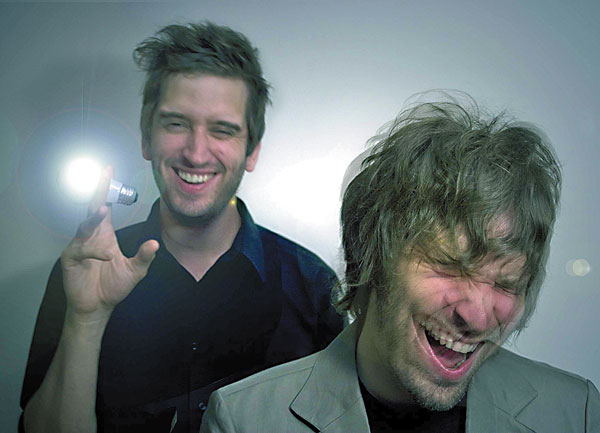 When the PostSecret blog brings its live show to town, it's a sell-out affair. Who wouldn't want to hear the deepest and darkest secrets that unnamed people send to PS founder Frank Warren, who then posts the cream of the crop to his blog? The live show is even more magnetic, as audience members often find themselves compelled to step to the mic and spill their laden guts. But this isn't some next-gen tech or soon-to-catch-on trend; Warren's books have been bestsellers and his guilt-assuaging services have been used by folks around the world. So, aside from being wildly popular and excessively engaging as well as featuring visuals from the social-media-minded Fireman Creative, should PostSecret – already well-established as a very big deal – even be at South by Southwest Interactive, ground zero for the hunt for the next best thing?

Sure, since PS has kept in mind the need to innovate always and will do so here by enlisting the thoroughly interactive inventions of Bluebrain to provide unique musical accompaniment to PostSecret's deep divulging. Lest you think that a band such as Bluebrain belongs in the Music Festival instead of the techie confines of the Austin Convention Center, rest assured it has a few handheld tricks up its sleeve. As Bluebrain has done for Central Park in New York as well as the Mall of America, Ryan and Hays Holladay (along with other members of their team) will create a location-based soundscape that changes depending on your position at the Festival or within the Convention Center itself with the help of their custom-built app. So, plug in your headphones and wander around a bit, but make sure you get to the PostSecret event on time to enjoy Bluebrain's improvised electronics. Actually, you should get there very early since it's open to the public and free. And if the Holladays can work out all the bugs, the show itself will have an interactive element that uses the location-aware app to accompany their live soundtracking. Hopefully, a few hundred tiny speakers will roughly equal a few big ones.

If you don't have a smartphone, well, we're not really sure how you got past security in the first place.