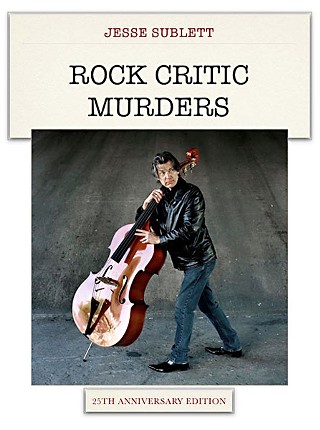 Looking back, the Apple support technician deserves credit for keeping his cool with me. "I realize this is frustrating," he told me. "This app was just released, you know, so I'm not very familiar with it." No kidding. He wasn't the first Apple rep I'd talked to who knew less about the program than I did.

The app in question, iBooks Author, enables the user to create e-pubs for the Apple iPad, which can be enhanced with audio, video, and 3-D graphics. It can be downloaded free from the App Store on iTunes and – in theory, at least – allows an author to painlessly self-publish a multisensory product for a mass audience.

When I first became a published author back in the late Eighties, the time lapse between the publisher accepting my finished manuscript and the book-launching party was about two years. Here's one measure of how much things have changed since then: I was impatient with that Apple tech because I'd been trying to publish my book for two days. It took another two days before all the problems were solved and it appeared on the iTunes store for sale. Not bad.

And I wasn't just publishing a book for an average e-reader, but a book with music, video, and tons of photos and art. Traditionally, if you told a publisher you wanted your book to be accompanied with some kind of music delivery device, like a CD or something, it was like asking for a book tour on the moon. As recently as three years ago, I watched a panel of publishers at South by Southwest Interactive subjected to the righteous wrath of a room full of bloggers on this very same subject. Their response was just as befuddled as when I asked Viking for the same thing in 1987.

You could say it's been a long, strange trip for an ex-punk rocker and DIY writer/musician/artist.

My first knowledge of the upcoming release of iBooks Author 2 came just after New Year's Day. I killed time between then and the Jan. 19 release date proofing the text of my first novel, Rock Critic Murders. I also uploaded a digital version to Amazon for delivery to Kindle and various other e-readers, including the iPhone and iPad, pricing it at $2.99 – about the cost of an order of breakfast tacos. The delivery process with Amazon was clunky, too. The interface is nonintuitive and support is less than satisfactory. Ideally, you can get your digital book up on the Amazon site in a couple of days, although my first one took over a week, and I'd give its support a C-minus. In the end, you get a digital book: text and graphics. Compared to the soaring experience of an enhanced iBook, Apple's rivals give you a flightless, songless bird.

The story behind the print version of Rock Critic Murders also entails a trip through evolving technology. Originally published by Viking Penguin in 1989, it's a hardboiled detective novel set in Austin of the mid-1980s. Protagonist Martin Fender is a blues bass player who moonlights as a skip tracer and detective. Martin lives in South Austin with his cats, sleeps late, lives on Tex-Mex, and when not on the road, can usually be found at the Continental Club – in many respects, an archetypical Austin musician/modern bohemian. He's also kind of my alter ego.

I wrote Rock Critic Murders and its two sequels, Tough Baby and Boiled in Concrete, using Macintosh computers, beginning with a first-generation Mac 512K. Prior to that, I labored on borrowed typewriters, using the backs of leftover gig flyers for paper. Switching to the Mac, I used an early alternative to Microsoft Word called Write Now. Within a few years, Write Now was not only out of production, but documents created with it could not be converted to any other word processor I could find. To republish those books, they have to be scanned with an OCR program and meticulously proofed, which is an old-fashioned pain in the ass.

Backing up just a little further, it was in the pages of this very publication that Martin Fender first sprang to life. In early 1983, Chronicle editor (and SXSW co-founder) Louis Black asked me to write a few stories from the working musician's perspective. I wrote several of them before I decided to test Louis' patience by turning in, instead of straight journalism, a Martin Fender crime story wrapped around a half dozen or so strange vignettes from a recent band tour through the South and Midwest.

Louis was a little put off at first, but he ran the story. Louis and another Austin music critic, Ed Ward, told me they thought I had something and encouraged me to write more in that vein, maybe even a novel. I enjoyed the irony, because these same rock critics had inspired the novel. They hated my band, or at least they used to, so I had them killed in my first novel.

After helping me get through several drafts, Ward accompanied me and my wife, Lois (then and now an advertising rep at the Chronicle), to New York to meet some publishers. The editors we met ended up turning the book down, but I persevered, using the same do-it-yourself approaches and attitudes we all learned in the indie scene of the Seventies and early Eighties. You know, sending out a blizzard of demo tapes, pressing our own records, putting up gig flyers in a blizzard in NYC, doing interviews at every college radio station in the country, handing out swag, etc.

I no longer cared so much about becoming a rock star; I wanted to be the next Raymond Chandler. I sent out dozens of copies of manuscripts to agents and editors, called them on the phone, and asked dumb questions like "How do I get my books published?" and hit up published writers I knew for introductions to their agents and editors.

Finally, I ended up talking to an editor at Viking Penguin in New York named Lisa Kaufman. She'd heard of my bands but had not seen me play, and over the course of a rambling conversation, I managed to pique her interest and she asked to read my manuscripts. Two weeks later, Kaufman, now at PublicAffairs, offered me my first publishing deal.

Three of those novels were published, but none hit the bestseller list. I still write and still play music. Maybe if I had been more successful, I wouldn't have remained such a DIY guy. But for better or worse, that's what I remain.

Which brings us back to the iBooks Author app and why I love it so. It's empowering, for one thing. For the first time, I'm able to present Martin Fender with a soundtrack. When I was writing these stories, I always heard the music in my head. Sometimes I'd make up a title of a song for a particular scene. I'd write the scene and later on, pick up an instrument and write the song. A half dozen of those songs are included in the iBook reissue, with the full title of Rock Critic Murders: 25th Anniversary Edition for the iPad.

Before, the novels always seemed incomplete. Besides the music, I really wanted the reader to feel, smell, and taste my vision of Austin. In the new iBook, they also get video postcards (recorded on my iPhone and iPad) from a dozen or more of my favorite places in Austin, from the Continental Club to Mount Bonnell to Texas Coffee Traders. Plus, they get songs by the Skunks and a live video of us playing "Earthquake Shake" last August at Threadgill's World Headquarters, another of my favorite places. There's a lot of extra media in the book about the Skunks, because, after all, that's where the bulk of the musical background informing the novels originated. The book wouldn't have been complete without a couple of interview clips with my longtime pal and guitar hero from the Skunks, Jon Dee Graham, who is probably a better storyteller than I am, or Billy Blackmon, our drummer, who has few equals in the irony department.

Best and most appropriate of all, I suppose, are the video commentaries from contemporary or former rock critics, including Louis Black, Ed Ward, Margaret Moser, Robert Draper, and Joe Nick Patoski. They all answered my request for contributions in different ways. Some of them talked about the music scene depicted in my books; others talked about Martin Fender as if they knew him personally.

Louis Black wanted an interview, so I began with a question that countless other musicians have always wanted to ask: "Louis, why did you hate my band so much?"

"Because you were popular," he said. "I think most critics liked to support bands that nobody liked."

Then I asked how he felt about the way that music critics in general were so crudely caricaturized in Rock Critic Murders.

"Actually," he said, "I think the only critics who were mad about the book were the ones who didn't get murdered in it."

What a great time for a DIY guy to live in. If not for the technology revolution, I probably would have never known the answer to that question. Now I've got it on video, along with statements from some individuals who, a lifetime ago, were among my harshest critics. Who knows? I might make stars out of them yet.