The year in film 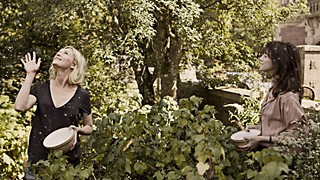 Melancholia is the movie that eclipsed them all among the Chronicle's three regular film reviewers (Marc Savlov, Kimberley Jones, and myself, Marjorie Baumgarten). Coming in second on the Chronicle film critics' combined Top 10 list is another title that sounds as though it could be one of the cardinal humors of ancient medicine: Shame. Does this reveal something about us as a bunch? Does this mean we are bilious? Or phlegmatic? Or maybe even well-humored?

The Chronicle's overall Top 10 film list should not be read like tea leaves or tarot cards. Our combined list is simply a matter of numbers. Since Melancholia is the only film to appear on all three of our critics' lists of the Top 10 films of 2011, it comes as no surprise that Lars von Trier's Danish doomsday picture got the Chronicle's top nod. It is the only film, however, about which all three of us are in accord. In fact, Melancholia ranked as either the first or second choice for each Chronicle critic. The film's hypnotic beauty and brooding tone clearly captivated our critical sensibilities. But before you start calling us a bunch of cheerless individuals, note that Melancholia is the only film that fostered unanimity. No other film received votes from all three critics, while several titles were able to make it into the Chronicle's combined Top 10 with votes from only one critic.

Still, the question of what it all means lingers. My answer is that it's all relative. Melancholia may be deemed by us to be the best movie of 2011, but does that make it the best movie of Lars von Trier's career? To that I say no, Melancholia is not as good as Dancer in the Dark or Breaking the Waves. Following this pattern, many international auteurs released excellent films that found places on our various lists – Martin Scorsese's Hugo, Terrence Malick's The Tree of Life, David Fincher's The Girl With the Dragon Tattoo – but are these 2011 film releases really the best works of these directors' careers? So when we tally everything up, does that make 2011 a lesser year for great movies?

A survey of the Chronicle's Top 10 films shows that at least half are foreign titles, which may indicate something about our feelings regarding Hollywood's overall output. In 2011, the majority of the top-grossing films in the U.S. were sequels in the Harry Potter, Pirates of the Caribbean, or Twilight vein. If that doesn't sit well with you, then batten down the hatches for 2012, which promises enough superhero sequels and franchise entries to make 2011 look like a bottomless pool of originality. Yet the Chronicle's combined Top 10 list also has a couple spots for movies by first-time filmmakers – an encouraging sign that artistic renewal is at least as persistent as sequelitis.

So here comes the caveat about year-end lists: No one has seen it all. Our lists are snapshots or guidelines, but they are not gospel. These lists offer a peek into the individual tastes and preferences of the Chronicle reviewers and provide suggestions for movies to catch in the coming months. Remember, making lists is fun and safe to try at home.