It should come as no surprise that I still own the 44-year-old copies of Children's Digest in which I discovered Tintin. As the intrigue-chasing young reporter would surely concur, once you've found a treasure, you don't let it go. At age 9, I saw in those black-and-white serialized installments of his globe-trotting escapades a king's ransom of mysteries, thrills, and exotic locales, and for tales of adventure, I still consider the Tintin comics priceless.

And clearly, I'm not alone, since Steven Spielberg and Peter Jackson have put their mammoth Hollywood muscle (and about a bazillion bucks) behind a trilogy of 3-D CGI blockbuster films about Tintin, the first of which hits cinemas stateside Dec. 21. Unfortunately, our cartoon hero's, um, fleshed-out look in these computerized adaptations has some fans fearing they'll be sitting through Tintin and the Curse of the Uncanny Valley. Well, thundering typhoons, here comes Shout! Factory to the rescue, re-releasing an animated series of Tintin tales in which the lad is flat as the good lord – and Hergé, Tintin's Belgian creator – intended.

A joint effort from French animation studio Ellipse and Canadian counterpart Nelvana, the 1991-1992 series adapted 21 Tintin tales over three 13-episode seasons. Though they squeeze each book into one or two half-hours, these streamlined versions maintain a surprising fidelity to the originals, with dialogue lifted directly from the English translations and animation that hews to Hergé's pristine, elegant designs. The animators faithfully reproduce the look of the characters, the international settings, and the vintage planes, trains, and automobiles that the artist rendered so meticulously. They even transfer some of his panels wholesale to the screen. Though the results are rarely as dramatic as when limned by Hergé, they still communicate the flavor of his action, and the cartoons' charcoal lines and vibrant watercolor hues add richness to the visuals.

Tintinophiles will no doubt have their individual nits to pick – for me, the comedic appeal of the Clouseau-like Thompson twins never makes it off the page, and I'd have liked more vocal variety in Snowy's barking – but with what all the cartoons get right, I can bear the rest. After all, they let me face dangers in distant lands in the company of an intrepid, resourceful young man; his band of loyal if somewhat daffy comrades; and his plucky, wacky pooch. The animated Adventures of Tintin hits me squarely in the 9-year-old. 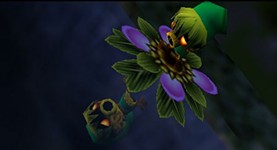 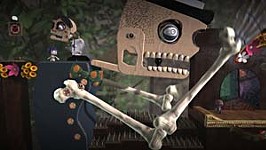 gift guide, The Adventures of Tintin