Eye on the Underground 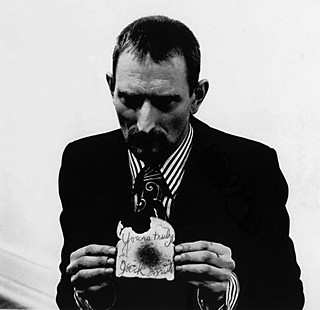 Who was Jack Smith, really, and why does this wholly unique filmmaker continue to inspire his cinematic progeny to new heights of gorgeous madness? It seems altogether too simplistic to dub him the "godfather of performance art," as Laurie Anderson put it, and John Waters' effusive statement that Smith was "the only true underground filmmaker" may be spot-on, but it doesn't really explain how the Texan – and later New York-based – artist upset the avant-garde status quo from the early 1950s through the dog-end of the 1960s with a sublime riot of glitter, camp, kitsch, and a wholly unique queer aesthetic that helped to birth modern drag culture, new queer cinema, and an artistic vision unlike any other.

If you really want to comprehend Smith, who succumbed to AIDS in 1989, there's no better place to start than his 1963 cri de coeur "Flaming Creatures," which predated and set the outrageous and attitudinal template for Andy Warhol and John Cage's art-as-celebrity pop revolution. "Flaming Creatures," banned at the time of its release for being – among other, more interesting things – lewd, indecent, and obscene, portrays a joyfully sordid tranny party, replete with a borderline orgy and dimly lit black-and-white camerawork that almost certainly influenced David Lynch's earliest works, and planted the seed that would not so much later result in Baltimore's sleazy-cool, trash-master auteur John Waters' 8mm "outrages" including "Hag in a Black Leather Jacket" in '64 and, arguably, Waters' entire early output.

Smith was an experimental pioneer, creating his phantasmagorical images in an era when camp was where the squares sent their kids to get them out of their hair. Like Kenneth Anger, Smith maintained a brave vision of another America, a hidden America, in an artistically perilous and profound time when ad men in gray flannel suits ruled the zeitgeist. His legacy? Simply the courage to see and act beyond the then-burgeoning nightmare of proto-suburbia. He dreamed a wild little dream on short ends and nonbudgets, and by doing so opened the doors for George Kuchar, Cindy Sherman, and every outsider artist with a gorgeous, kitschy, honest eye.