A collaborative filmmaker, friend to AFF, and mentor to many 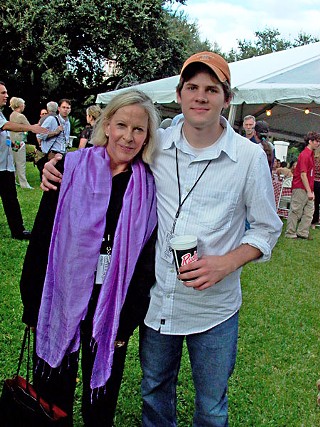 I subscribe to the George Bailey school of life-value determination: Simply imagine the world if a person had never been born and you'll get a pretty accurate sense of just how significant a role that person played in it.

Let's start at the beginning: It's 1962. Platt is 23 and newly married to an ambitious magazine writer named Peter Bogdanovich. While visiting a film set with her husband, Platt meets actor Sal Mineo, who gives her a copy of Larry McMurtry's The Last Picture Show. A decade later, when Bogdanovich, by then a semisuccessful director of Roger Corman B-movies, is given the opportunity to direct a real feature, Platt suggests an adaptation of The Last Picture Show, convincing her husband that his sensibility would play perfectly with McMurtry's desolate coming-of-age story.

So, we can all thank Platt for The Last Picture Show, one of the best movies of the 1970s and possibly the best Texas movie ever made (with apologies to Giant, Hud, JFK, etc., etc.). Meanwhile, supporting players Ben Johnson and Cloris Leachman can thank Platt for their Oscars, and Bogdanovich can thank her for his career.

Jump ahead to 1987. Platt is now executive vice president of James Brooks' Gracie Films. A longtime fan of Matt Groening's Life in Hell comic strip, she convinces Brooks to hire the illustrator to do animated interludes for the popular Tracey Ullman Show. Two years later, those interludes became The Simpsons, which would go on to become perhaps the best television show of the last 20 years and one of the late 20th century's most significant cultural institutions.

And how about the careers of Texans Wes Anderson and Owen Wilson? It was Polly Platt who first recognized the potential in the pair's short film "Bottle Rocket" and who helped them develop their idea into a feature. Bottle Rocket introduced Anderson and Wilson's original aesthetic to the world, which led to the impossibly brilliant Rushmore and the possibly brilliant The Royal Tenenbaums, opened the door for Shanghai Noon and Wedding Crashers (which were much funnier than they had any right to be, thanks to Wilson), and set the aesthetic template for a whole generation of deadpan filmmakers and idiosyncratic vocalists in tight sport coats.

Platt not only saw the potential in Bogdanovich, Groening, Anderson, Wilson, and countless others; she was able to draw that talent out and cultivate it. It's a remarkable – and remarkably rare – gift to have, and it requires that the person who has it be comfortable enough in their own skin to stand in the back anonymously while their students bask in the glory.

Apparently, insecurity was not a concern for Platt. According to Anderson, who spoke to the Chronicle by email, "She was exceptionally confident in her opinions, and her reactions were sure and pure. She just 'got it,' so she could instantly spot talent that others would miss, and she knew how to guide people. ... She never gave me the impression that she would have lost any sleep over making a protege uncomfortable! but then again maybe she would have, because she cared deeply and felt deeply."

Anderson says that Platt did her mentoring by showing, by understanding every aspect of the filmmaking process, and by being "involved in EVERYTHING."

"She had a complete and total understanding of how movies work and how to make them. This seems to be the rarest thing," Anderson wrote. "She had a perfect sense of what is important on a movie set, and how to adapt your plans to reality, and how to transform a problem into an idea. She was a source of unlimited good ideas. She was one of those people who could simply tell you what was working and what wasn't – and you knew to believe her."

In addition to all the mentoring, producing (Say Anything, Broadcast News), production designing (Terms of Endearment), and screenwriting (Pretty Baby), Platt somehow found the time to be an inaugural member of the board of directors of the Austin Film Festival, which, over the course of 18 years, has gone from being a humble writers' showcase to one of the most important film festivals in the country. A lot of the credit for that evolution, says festival executive director and co-founder Barbara Morgan, belongs to Platt.

"Polly had been coming to the festival since the beginning," said Morgan. "At first she was a cheerleader for us. She would bring press in; she would bring panelists in. She helped us get names and helped us raise money."

Morgan said that Platt would always take the time to read registrants' scripts while they were in Austin for the festival, helping them find their story.

"That was an unbelievable talent of hers, to recognize story," Morgan said. "Those early Bogdanovich films are his best work, and it probably had a lot to do with Polly's ability to conceptualize story, to see what touched people."

A few years ago, while in Austin, Platt met Morgan's then-assistant, a University of Texas film student named Ryan Piers Williams. The two hit it off, and when Williams moved out to Los Angeles, he called Platt and the two became close friends. Every Friday for four years, Williams says, the pair would go to movies together and then talk about what they had seen, all with an eye toward making each other better filmmakers.

"Polly was so bright, so caring and loving, and also genuine and real," says Williams. "She never held back her opinion, and that's what made her such a great mentor and such a great friend."

Platt would eventually executive produce Williams' debut short, "Muertas," and help him develop his feature debut, The Dry Land. In the end, Williams says, Platt's friendship helped him become the filmmaker he is today.

"She helped me find my voice," he says. 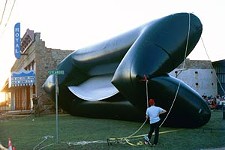 Film Treatment for the Really, Truly (No Kidding This Time) 'Last Picture Show'
The Rolling Roadshow takes over Archer City to screen Bogdanovich's classic among the people who inspired it