Piecing through Nicholas Ray's archive at the HRC

Nicholas Ray, circa 1945 (Image courtesy of The Harry Ransom Center) 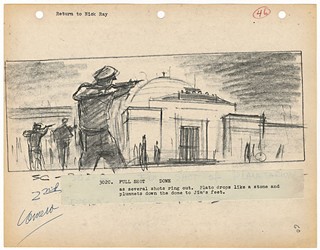 "Hopper, Hedda; Hopper, Dennis." So reads the handwritten scrawl of names and numbers in one of Nicholas Ray's many personal phone books picked up at random while exploring the filmmaker's archives, which have now found a permanent home at the University of Texas' Harry Ransom Center. Such was the film director's breadth of friends and colleagues. Ray was a world-class networker and an artist whose unfinished works probably outnumber his completed projects. The remnants of his creative life have tentacles that reach all over the globe and come into contact with an array of famous figures. "Everyone who was active in film touched him in some way," says HRC film curator Steve Wilson. Best known as the director of Rebel Without a Cause, the movie that turned James Dean into the abiding patron saint of troubled teens, Ray was at the peak of his film career when he made that film in 1955. By the next decade, Ray had embarked on a peripatetic life, living in various European and American cities and trying to get projects off the ground. Eventually, he settled into a position teaching filmmaking in the Seventies at the State University of New York at Binghamton.

"It's kind of amazing that we have all this," comments Wilson, "considering the last few years of his life and all the problems he had." Journals, notebooks, sketches, storyboards, script ideas, address books, teaching notes, correspondence, and unproduced scripts – all sorts of treasures are housed within the dozen or so boxes that contain Ray's paper archives. Acquired earlier this year, Wilson says the collection was fast-tracked for cataloguing, and he expects it to be available to researchers by this fall. The dozens of storyboards for Rebel, which show Sal Mineo's Plato climbing on top of the planetarium for what was originally conceived as a slightly different ending, are probably among the collection's most tantalizing items. Material from all Ray's film work is present except, curiously, his baroque Western, Johnny Guitar. However, "The heart of the collection is from the last 20 years or so of his life," notes Wilson. "That's what I think is going to come out of this. He was really active during those years, but nothing ever came together."

This Sunday, Aug. 7, marks the centennial of Ray's birth. A flurry of related activity will help highlight the occasion. Premiering in a few weeks at the Venice Film Festival is a restoration of his 1976 film We Can't Go Home Again, a collaborative film Ray made with his students at Binghamton on a multitude of film stocks. The movie was assembled by his widow, Susan Ray, who used her husband's cutting notes as references, and will be part of the Nicholas Ray Archive at the HRC following its Italian debut. Just published last month is a new biography, Nicholas Ray: The Glorious Failure of an American Director (see review), and another authoritative but out-of-print biography by Bernard Eisenschitz, Nicholas Ray: An American Journey, has also been recently reissued. And soon, some of those Rebel Without a Cause storyboards will be on display in the HRC lobby. Nick Ray has come home to Austin. 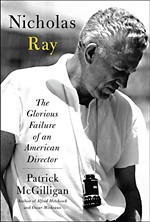