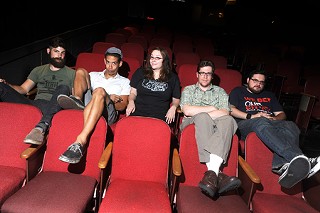 Even in Austin, it's not every day you get front-row seats – tiered, no less – to the end of the Cold War world. It's even rarer that you're allowed the opportunity to participate in a postapocalyptic follow-up chat with the destroyer of all that is, was, and will ever be. But that's exactly what happened last month when nascent local film exhibitors/fanatics/cineaste outfit Cinema41 hosted a screening of director Steve De Jarnatt's terminally underrated 1988 nail-biter Miracle Mile and invited the director to appear via Skype for a Q&A session with the packed – and suddenly cinematically shell-shocked – house at Downtown Austin mainstay the Hideout Theatre.

Underseen, underappreciated, and both visually and thematically utterly of its time (see: Mare Winningham's deliriously overcropped 'do, future ER star Anthony Edwards' retro-nerd chic), Miracle Mile is exactly the sort of cinematic popcorn-cultural time capsule that tends to slip through the cracks into Netflix oblivion. Released to middling reviews barely a year before the fall of the Berlin Wall and the subsequent dissolution of the Soviet Union, De Jarnatt's minimasterpiece deftly mined that decade's nuclear-tinged nightmares of mutually assured destruction, which at the time infected everything from sappy Sting ballads ("Russians," anyone?) to the sort of uranium-enriched global realpolitik that made the near future so bright that even shades seemed a doubtful buttress against total annihilation. And the fact that Miracle Mile works doubly well as an end-of-the-world romance set amid a real-time ticking time bomb, and does so by employing the brilliant, unnerving mise-en-scène of a near-deserted, o'dark-30 Los Angeles, only points to the obvious: Miracle Mile is a cult classic that deserves to be screened more often.

Which, of course, is exactly why Cinema41 founder and head programmer Ryan Darbonne chose it as part of the group's bimonthly screening series at the Hideout.

"This is definitely a passion project for us," explained Darbonne before noting that Cinema41 relies, like more and more indie film projects, on donations, specifically a Kickstarter campaign that covers the operating costs of its all-volunteer staff. Passion project is right: So far Cinema41's oeuvre has run the gamut from Richard Linklater's intellectually chewy motel hellscape Tape to Don McKellar's arthouse favorite Last Night, and while audiences have grown considerably in both numbers and enthusiasm since the group's early days (April of this year, that is) at its original home venue at the Blue Starlite Mini Urban Drive-In, Cinema41's slice of the increasingly crowded Austin film screening scene is, well, an intriguingly eclectic yet narrow niche.

"[Cinema41] really just started with an ad on Craigslist," explains Cinema41 programmer and business manager Heather Cain. "I had been running [long-running Austin arthouse theatre] the Dobie before it closed a year ago. With Cinema41, it was kind of like a godsend to me. I had this huge film void in my life. And here we get the chance to show more repertory house, independent stuff, because that so rarely gets shown outside of festivals and so forth, even though Austin is such an active film town."

No lie, that: Microcinema series in Austin seem to be suddenly springing up like psychedelic mushrooms after a hard Bastrop rain of late – well, perhaps rain isn't exactly the right metaphor, but you get our drift – and now more than ever, there's no shortage of passionate film exhibition collectives vying for your attention on any given night. Devon Tincknell and Chris Trew's adults-only Smut City series, the resuscitated (and by all accounts wildly successful) Cinema East series at the French Legation Museum, and Salvage Vanguard's new Nowhere Fast series are just a few of Cinema41's friendly rivals for your moviegoing attention, not to mention the Paramount's iconic summer film series and the Austin Film Society's year-round programming.

So in a city as crowded with must-see events, cinematic and otherwise, virtually every night of the week, what makes Cinema41 different (and worth finding parking Downtown on a weeknight)?

Cain: "I think because independent film is becoming so much easier and accessible, with everybody now able to make their own films, we've got a huge amount of new – and old – independent films to choose from for screening. And, too, for newcomers to Austin's film community, we provide a good way to learn some of the history of independent films that they might not have seen or even heard of. I think there's just not enough older independent stuff getting screened in Austin, outside of the Paramount and the Alamo Drafthouse's Weird Wednesdays and Terror Tuesdays, which are great, but they're a totally different thing than what we're trying to do."

"It's almost like what you get in a college film course," notes Cinema41 volunteer Zac Sprauge. "I mean, we're not doing superacademic film screenings here, but we're exposing you to niche films and Skyping in the director or stars to discuss the film afterward, which is something you don't get too much outside of either festival situations or film theory classes. So as an audience member, it can be a very appreciative learning experience."

Ultimately, as everyone involved in Cinema41 is quick to point out, it's all about working to sustain a communal film culture in Austin in a way that allows for both audience interaction with the filmmakers and simultaneously provides the Cinema41 crew – rabid film lovers to a one – a venue to screen their favorite, often-forgotten, always interesting cinematic gems to a whole new group of film-hungry Austinites.

"My hope would be," adds programmer Chris Popkoff, "that [Cinema41] comes across as something we just love to do. And if we ever stop feeling that way about it, then we'll stop doing it. But we all love film and love showing these films to people." 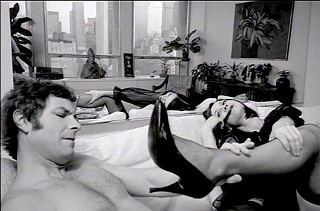