TV Eye: That's What She Said

After 10 years in print, 'TV Eye' has its series finale 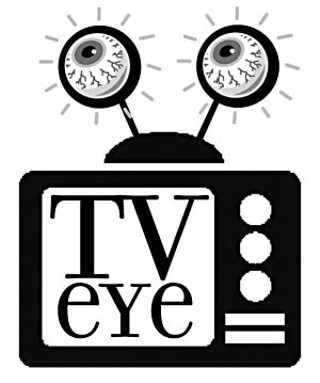 Our column bug from back in the day

And now for something completely different. A "TV Eye" send-off, using TV catchphrases and taglines:

Good morning, Angels. This is the true story of one woman, picked to be a TV columnist in 1999. Me? Write about TV? What you talkin' 'bout, Willis? Not that there's anything wrong with that, but fuhgeddaboudit! I was a newly minted Master of Fine Arts in writing and thought of myself as a "serious" writer. However, in the real world, no one pays you to write your version of the great American novel, and I'm sure my boyfriend at the time was thinking that if I couldn't start pulling my share of the expenses, we wouldn't be movin' on up but would end up living in a van down by the river. I needed to kick it up a notch.

The truthiness was, when I got the gig, I hadn't watched TV for some time. D'oh! I know nothing! You eeeeediot! "What did you get yourself into?" I thought. But there was no time to fret. I had to sit on it and get to work. "Tell me what you don't like about yourself" seemed to be the attitude of colleagues who thought writing about TV was a consolation prize. But in the tradition of writers like Gabriel García Márquez, I decided to give journalism a shot. I don't bow. Don't know how. If nothing else, I could hone my snark using the "inferior" medium as a whetstone ("That is great ... for me to poop on!"). I decided I would write "TV Eye" for a year. Surprise, surprise, surprise! I ended up writing "TV Eye" continually for 10 consecutive years (and change). That's more than 500 columns at 700 words each. Whoa, mama! Did I do that? You bet your sweet bippy. (And, by the way, I managed to publish two novels in the meantime.)

In every generation, there is a chosen one. Prior to me, the Chronicle's fine staff writer Margaret Moser wrote "TV Eye." There were others before her, but I have the distinction of having written it the longest. During that time, I learned about the enormous power of the medium, regardless of its "lowly" status, especially in a town where film is considered the prettier, sexier sibling. And no disrespect to the esteemed writing program I attended, but I learned so much more about writing over these last 10 years, writing on deadline week after week, than I did in the classroom. I consider my Chronicle years my journeywoman years in the tradition of learning a craft by putting in the time, learning by doing, withstanding the blowback of dumbass mistakes, and most exciting of all, finding writers also writing about TV and culture to aspire to be (Joyce Millman, Frank Rich, Donald Bogle). Did I meet my benchmark? I had my moments. But I pity the fool who thinks this gig was a consolation prize. Kiss my grits: Television remains the most influential medium of the moment and, I suspect, of the future. We'll be calling it "TV," even as it appears on new devices, with or without existing networks.

The media landscape is very different from how it was when I began writing "TV Eye." It's still a mystery what the new rules will be once the dust settles, but the truth is out there. It's no secret print media is struggling. Jobs and columns and writers are being "retired" everywhere. Frak. That's the way it is. Don't have a cow, man. It was a privilege having a print presence where everybody knows your name.

I've always been a glass-half-full person. It's a good thing, because losing a gig at middle age is unsettling. But there are worse things. Really. And I've had my moments of Zen. Many, from the endearing words of support from loyal readers across the nation, many of whom I've never met asking, "How you doin'?" To that I say, nation, thank you for being a friend.

And with that, dear reader: TV Eye out!

Can you identify all the TV catchphrases and taglines in the order they appear in this week's "TV Eye" finale? If so, email me at followbelinda@gmail.com. This will also add you to my fan list. 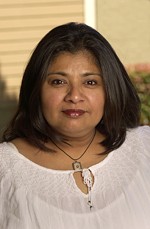 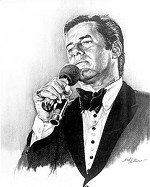 TV Eye
Tears of a Clown 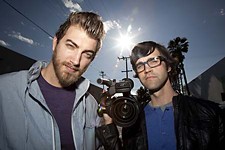