Of Family Heirlooms and Industrial Films The Texas Film Commission is turning 40 this week.

Now, your typical, garden-variety, everyday movie fan might look at such an occasion as a time to screen some of the commonly acknowledged benchmarks of Texas cinema – The Best Little Whorehouse in Texas or Dazed and Confused, definitely something by Robert Rodriguez – and that's exactly what the Paramount Theatre is doing. In honor of the commission's 40th anniversary, tonight and tomorrow night (Thursday and Friday, May 26 and 27) the Paramount will screen Whorehouse as a double feature with Steven Spielberg's Sugarland Express, and Saturday and Sunday it will screen Spy Kids, the True Grit remake, and Dazed and Confused – all shot in Texas with assistance from the commission.

That's all fine and good, but it's always nice to know that there are odder, quirkier agents out there working to bring a little something different to such significant occasions. Thankfully, the Texas Film Commission partners with the Texas Archive of the Moving Image, and there is very little that is typical or garden-variety about the TAMI. Its idea of a good time at the movies is watching "Photographic Retrospective of Unidentified Man," a four-minute silent montage of photographs of a Texas man growing from childhood to maturity, or "Southern Pine Beetle Aerial Shots, 1962," which documents the damage done by a beetle infestation in South Hardin County, or any of the other thousands of home movies, instructional videos, industrial films, antique documentaries, and TV commercials TAMI has accumulated and archived over the years.

To celebrate the Texas Film Commission's birthday, TAMI will be at the Paramount all this week as well, introducing audiences to a different, rarely seen side of Texas film – the side that has nothing to do with box office receipts or name recognition. Outside in the lobby, for example, viewers will be treated to a reel of documentary footage of Downtown Austin, specifically the outside of the Paramount, going all the way back to the 1920s.

TAMI is also screening movies from its digital video library to run before each of the Paramount's scheduled features. On Saturday and Sunday, before Spy Kids, "Mission Possible: Bike Safety," an educational film shot in Austin in the 1970s by the Texas Department of Public Safety, will screen. The short follows a team of prepubescent spies in plaid bell-bottoms lecturing other prepubescent kids in bell-bottoms about the dangers of riding bicycles carelessly. Pushing the boundaries of postmodern meta storytelling long before it was popular, "Mission Possible: Bike Safety" offers viewers the chance to watch a film about bike safety where kids make other kids watch a film about bike safety called "Mission Possible: Bike Safety."

Then, to accompany the Coen brothers' True Grit, a remake of the John Wayne classic, TAMI will screen footage of Wayne relaxing (clad in his Davy Crockett coonskin cap) on the set of The Alamo in Brackettville in 1959, from the KTBC television collection of Gordon Wilkison.

That will be followed by short films from the Alan Frye Collection. Frye was studying at the University of Texas in the Seventies and Eighties when he shot dozens of student films and home movies that look like they could have been historical studies for Richard Linklater's Dazed and Confused, which will screen right after them. Frye's movies are experimental chronicles of Austin teen culture, featuring shots of long-haired stoners playing in the grass and bands like the Talking Heads, David Bowie, and Frank Zappa and seminal Austin punks the Big Boys performing at the now-defunct, apparently never-to-be-forgotten Armadillo World Headquarters.

In addition to screening all this rare footage, TAMI will hold one of its Texas Film Round-Ups. Now in its fourth year, the Texas Film Round-Up offers free digitization services to anyone who is willing to contribute an electronic copy of his or her Texas-related film or video to TAMI's video library for educational and screening purposes.

Which is to say that if you bring your home movies to the Paramount this weekend, there's an outside chance that when the Texas Film Commission turns 50, it will be footage of your family vacation to Dealey Plaza screening at the Paramount before a matinee of Oliver Stone's JFK. What better way to show your love of Texas film than by donating your own Texas film to posterity?

Reclaiming Texas History, One Home Movie at a Time
The missionary zeal of the Texas Archive of the Moving Image 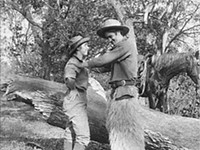 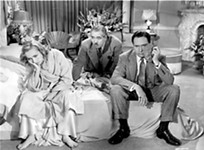 To Preserve and Project
Moving image archivists in action