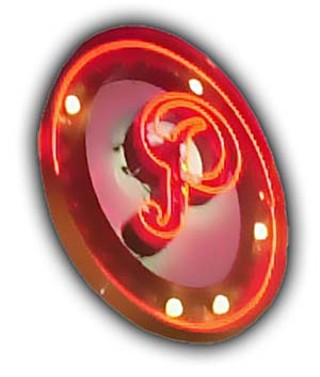 We were on our first date, in the exhilarating thick of a first-date conversation – where you're putting forth the very best bits of you, and this still-new person sitting mere inches away seems, miraculously, to be taking the bait. Somehow we wound our way to the topic of Terrence Malick, and I wanted to bang my head on the table. I'm a fan. I really am. But there have been a lot of movies made in the relatively short span of moviemaking history, and I haven't gotten to them all yet. So, yes, I spoke with authority and enthusiasm, even real rapture, about Days of Heaven, The Thin Red Line, The New World.

"What about Badlands?" he asked.

If he were as knee-jerk judgmental as I am, he might have walked right then – God knows I've pink-slipped some prospects for not suitably appreciating Jules and Jim or All the Real Girls. But he didn't; he just made me promise to watch it with him sometime. Which is how it should be. Movies were made to be shared; sometimes it's the sharing itself that shapes our relationship to them, and to one another.

Two or three dates later, I can't remember which, the odds evened.

That can be fixed. And I get to be there – under the Paramount Theatre's ceiling mural, cozied in a sweater to offset the overemphatic air conditioning – when it happens.

Casablanca kicks off the 2011 Paramount Summer Classics Film Series May 20 at 7pm, with filmmaker and film scholar Peter Bogdanovich in attendance. The series runs through the first weekend in September at the Paramount Theatre (713 Congress). See www.austintheatre.org or last week's insert for the full lineup and ticket info.

Paramount Summer Classics Film Series, Badlands, Casablanca, There Will Be Blood, Dazed and Confused, West Side Story, Some Like It Hot, Sabrina, The Shining, Cat People, True Grit, Aliens