Getting serious – and seriously malfunctioning – with Will Ferrell 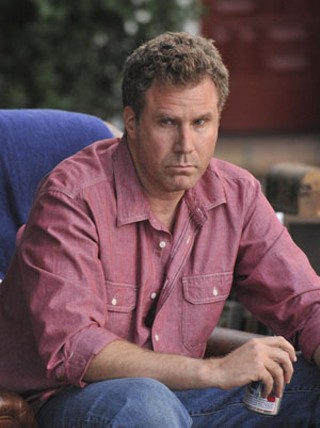 Will Ferrell in Everything Must Go

Comedian Will Ferrell stars in the indie drama Everything Must Go, which opens this Friday. A week prior to the film's release, Ferrell was in the Austin area for the Will Powered Golf Classic, the second annual tournament to benefit the charity Cancer for College, and took some time while here to promote the new movie. In Everything Must Go, which is based on a Raymond Carver short story, Ferrell plays a man who loses his job after falling off the wagon, only to return home to find his wife has changed the locks and strewn all his possessions across the front lawn. The situation becomes the occasion for either a brutal self-reckoning or an impromptu yard sale.

Ferrell had just arrived in Austin when I was ushered into his hotel interview suite. He was wearing an untucked red shirt that bore an Old Spice logo (he said it's a relic from Talladega Nights), black-and-white plaid Bermuda shorts, white NBA socks, and no shoes. I turned on my tape recorder to begin the interview, and despite having checked the batteries beforehand, the contraption picked this moment to flash the fatal words: Memory Full. I quickly started to delete old files, while trying not to appear rude and distracted. Thinking I had finally gained the upper hand over the machine, I set it down to record the conversation. Well, what can I say? Foiled by technology once again.

So I really have no quotes to share here but can tell you that Ferrell really loves Everything Must Go and is working like crazy to promote it. He said he had no hesitation about working with first-time writer/director Dan Rush because he thought the script was so good and Rush seemed very clear about what he wanted. The actor had no prior awareness of Raymond Carver's short stories, but had been eager to find another dramatic role ever since his turn in Stranger Than Fiction in 2006. Since Ferrell's comedy is largely based on characterizations instead of jokes and gags, his embodiment of this film's functional alcoholic is perfectly realized. My electronic snafu notwithstanding, Everything Must Go ably showcases the unheralded talents of Will Ferrell.