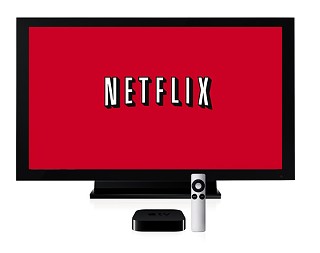 Netflix surprised media watchers last week by announcing its acquisition of House of Cards, a new miniseries that will premiere on the streaming video service site.

South by Southwest is o-vah! And not a moment too soon. If there were ever a danger of information overload, this was the year. My SXSW notebook is filled cover to cover with TV-related items that I'm sure to revisit throughout the year.

As I reported in last week's column (and in online SXSW coverage), it looks like more TV folk are embracing the power and nuance of the Internet and social media and how both can be used to expand and enrich the TV viewing experience. Several panels I attended addressed this subject: It's Not TV, It's Social TV; TV + New Media = Formula for Success; and Can Transmedia Save the Entertainment Industry?

Curiously, there were still, shall we say, divergent levels of comprehension of how the Internet can augment the TV viewing experience. It's clear that anyone who is still stuck on the idea of interactive TV solely as a means to "build metrics," or merely as a means to draw audiences to the real-time TV viewing experience, is fighting the wrong battle. "People are not just metrics," said keynote speaker Felicia Day, the wizard behind highly successful Web series The Guild. Fans' time must be valued as much as – and I would venture to say more than – their buying power. Story is still at the heart of it all. Audiences want to be engaged, not sold a bill of goods. At the same time, well-executed social media and online efforts have created a renewed interest in "event TV." That is, audiences can be enticed to watch a program in real time instead of as "time shift" viewers on their DVRs. This is most true for special events – premieres, finales, award shows, and the results of certain reality series.

It's not just "build it and they will come." There is too much competition for eyes out there. Those content producers who are making a real and unique effort to enrich viewers' relationships with a show through online efforts will prevail. Gavin Purcell of Late Night With Jimmy Fallon, a panelist for It's Not TV, It's Social TV, made an interesting prediction to this end. He suggested that a "second screen" personality – an online VJ or even an online sidekick – may appear in the future. The online VJ would not replace the star of a show (in this case, Fallon) but help steer online activity back to the main event, while at the same time acknowledging that online activity has its own ecosystem. Purcell did not say if an online VJ was already in the works for Late Night With Jimmy Fallon, but it's an idea whose time may have come and an intriguing way to engage new viewers and time shifters alike.

Ah, the time shifters. As always, they are a source of great consternation for TV folk. Like it or not, DVRs (or other digital recording devices) are here to stay. And online sites where viewers can watch their favorite series whenever they want are only expanding. An interesting example of this could be found in last week's news that Netflix had acquired House of Cards, a new hourlong political drama based on a 1990 BBC miniseries and starring Kevin Spacey that will premiere and air on the streaming video service site. Instead of following the TV model of airing one episode per week, Netflix will allow its subscribers to watch multiple episodes back-to-back, as is the habit of most streaming-video users – a big gulp vs. the slow trickle of traditional TV consumption. According to Netflix Chief Content Officer Ted Sarandos, House of Cards will premiere on Netflix in late 2012, and I know all media watchers will be keeping an eye on this project to see how it does, how it's promoted, who watches it, and if this will launch a new trend toward big-budget "TV" fare premiering off TV.

And what of transmedia, Smart TV, AllVid, the future of bandwidth, cord cutters, and cord nevers? Be sure to follow our thoughts on these and other post-SXSW 2011 musings at austinchronicle.com/pip.