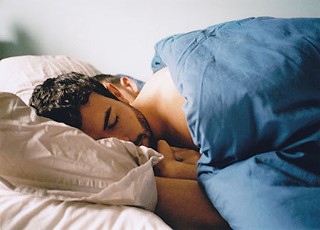 
It's hard to classify a movie like Weekend. Can it be romantic and depict what amounts to a two-night stand? Can it be a coming-out story when all the characters are technically out? Like the analogous Before Sunrise, Weekend manages to ride the line between character study, comedy, drama, and a host of other genres without feeling cramped. Russell (Cullen) is out but doesn't feel comfortable talking to his predominantly straight friends about his relationships. Glen (New), meanwhile, moves in a more homonormative social circle. When the two collide at a club, it sets off a romantic chain reaction that is as uniquely troubled as they are. Like Before Sunrise, the real joy of writer/director Andrew Haigh's film is in watching two people make bedrooms, overpasses, kitchenettes, and couches feel alive with potent conversation and pregnant silences. As the end to the tumultuous weekend approaches, the camera dreads the impending loss as much as the characters.