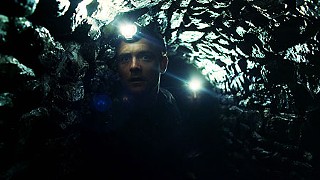 Moments after the final scene in Kill List, I turned around in my seat and witnessed firsthand that thing which every filmmaker most desires: an entire theatre, row upon row, of audience members with their eyes wide, their mouths agape, and their jaws on the floor. And silence: a roaring, shocked speechlessness that seemed to last for minutes but probably went on for no more than five seconds before the applause – tentative at first, then appreciative, then thunderous – erupted.

"What Down Terrace is to crime, Kill List is to horror," says Wheatley, referring to his 2009 debut feature. And he's right. You don't see Kill List's surreal nightmare building until it's far too late. No one at Fantastic Fest 2009 could have predicted that Down Terrace, a small UK film about banalities and bloodshed within a family of career criminals, would be one of the most devastating portraits of British fringe society since Mike Leigh's Naked. Likewise, Kill List, which shares cast and crew with Wheatley's previous film, begins as one thing and ends, horrifically, as something altogether different. It's a genre film, but warped beyond immediate recognition. Like the characters onscreen, you might think you know what's coming, but no, you don't.

"What I learned off of Down Terrace," explains Wheatley, "is that the way to scare the audience is to make them invest in the characters. Then, when those characters die, you feel upset, or you feel fearful for their well-being. That's why Kill List has such a big buildup at the beginning of the film. You have to develop those characters. To get nuanced, interesting characters, you have to be with them over time." 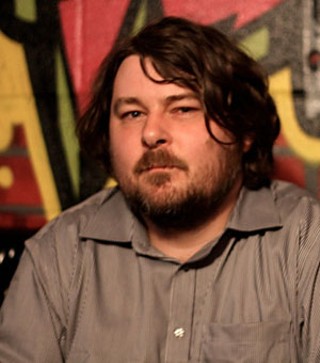 There's precious little to say about the plot of Kill List that won't jeopardize your enjoyment of its disconcerting revelations. Suffice it to say, nothing is at it seems. And it's about as far away from the recent glut of U.S. horror (Saw and the like) as you can get.

"The [horror film] that really scared me," says Wheatley, "was Race With the Devil. I saw that when I was a little kid and I think at the time I only saw the last half-hour, which is the craziest bit. That scared the shit out of me. Even more than that, the thing that really scared me properly as a kid was a film called Threads, which was the British equivalent of The Day After. That and anything to do with car-accident documentaries. Hammer [Film Productions] and all that made-up stuff, I wasn't worried about that. I bought Threads and rewatched it the other day and it's still fucking terrifying."

It's easy to forget that horror and terror are two very different emotions. Terror precedes horror: a claw hammer is revealed, evil announces its intent, canines elongate. Horror, underpinned by empathy, tends to come after and resonates longer: that bloody mess was a human being moments ago, that power tool will never be looked at in the same way again, those eyes (what's left of them) are closed forever.

"It's similar to Pulp Fiction," says Wheatley, "where you're hanging out with hit men and it's all really cool. But it's not cool. Morally, it's not cool. I like the idea of playing that same trick with the audience, where you take these genre characters and make them look cool [to the audience]. They're hit men, and hit men are heroes now in films for some reason, but these guys aren't heroes. They're scum. And now you, the audience, likes scum, identifies with it, so therefore you are scum. Now let's see where we can go with that."