On the Inside Looking In

The meta world of 'Outside Industry,' Alan Berg's new documentary about SXSW, coming soon to SXSW

Last August, documentary filmmaker Alan Berg got a phone call from Roland Swenson, the managing director of South by Southwest. The Music/Film/Interactive Festival was quickly approaching its 25th year, Swenson said, and would Berg be interested in making a movie about its history in honor of the occasion?

That history would be Swenson's as well, of course. After all, the former band manager had been one of the co-founders of SXSW back in 1987, along with Louis Jay Meyers, Nick Barbaro, and Louis Black. And seeing as how Barbaro and Black had also started The Austin Chronicle, the movie would be the history of Austin's biggest alternative weekly newspaper – this newspaper – as well.

Best to start, I decided, with the reflective circularity itself, with the whole tangled web of murky interpersonal/business/journalistic relations and barters that has been around in some form or another since the birth of the Chronicle, which, according to Berg's final product, Outside Industry: The Story of SXSW, used to provide advertising space to local restaurants in exchange for free food. This is the blessing and the curse of a small, creative city like Austin, where everybody seems to know everybody else, where everybody seems to be producing something, and where writers for a paper like the Chronicle are often put in the awkward position of writing reviews of music, movies, paintings, and plays made by people they know, and, once a year, of festivals run in part by their bosses. But what can you do? The biggest alternative weekly newspaper in town can't just ignore the biggest music conference in the world simply because the guys behind the newspaper are the same guys running the Festival.

No, the only reasonable thing to do in such a situation is acknowledge the sin, shout your culpability from the rooftops, and celebrate the consequences, as Louis Black does every year in his column about his Festival printed in his paper, in his own personal springtime version of Yom Kippur.

"Conflict of interest note:" began this year's Kol Nidre, "I am a co-founder of and ... a current partner in South by Southwest, as well as a co-founder of the Texas Film Hall of Fame; as I wrote last week, 'calling this column an advertorial would almost be flattering it. It is a straight-out, pedal-to-the-metal slam, a roller coaster car having climbed the highest loop of tracks and now heading straight down fast, and there's nothing that is going to stop it.'"

As SXSW has evolved (or devolved, depending on your particular point of view) from a tiny salon for regional bands and industry people into the world's biggest music, film, and interactive conference, it's opened itself up to an endless parade of accusations and criticism from disgruntled bands and disgruntled music fans and disgruntled bloggers, all of them claiming to know exactly what's wrong with the Festival – nepotism, money, commercialism, etc. – and how to fix it: get rid of Black, Swenson, and Barbaro (Meyers left the Festival in the mid-Nineties).

But if Berg's Outside Industry shows anything, it's that attacking SXSW is nothing new. In fact, the criticisms the Festival faces (justified or not) are the inevitable result of its having been built on contradictions: SXSW is trying to be both a business event for industry insiders and a festival for music fans, both a regional event and an international happening. So every time a show or a party is announced that's designed to help insiders meet musicians or break bread with other insiders, some music fans cry foul and some local musicians wonder with great fervor why they weren't invited.

For them, SXSW, which started as an alternative to the corporate music-industry model, has become the ultimate music-industry event, the same way the Chronicle has gone from being Austin's paper of rebellion to one of its most entrenched institutions. As a consequence, over the last 25 years, smaller publications and "parasite" music events have sprung up during SXSW to call attention to the shortcomings they feel those institutions embody and to point the way toward a brighter, less corporate future. 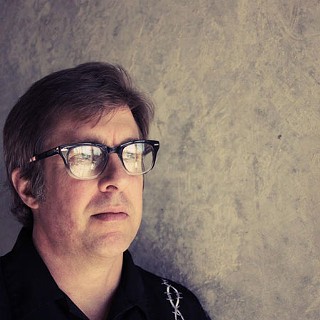 "I feel like it's come full circle," says Alan Berg. "In the late Eighties, the Festival organizers were saying musicians, and particularly Texas musicians, were being shut out of the New Music Seminar [an industry event in New York City], so they decided to start their own festival to make things easier for small, regional bands. And now [local website] the Austinist is criticizing the Chronicle for being tired and creaky, for supporting this corporate festival, and that's just what Louis and Nick were saying when they started the Chronicle. So there's a cyclical thing."

These days, you can see the rebellion against SXSW everywhere. For every official event sponsored by Taco Bell, Harley Davidson, Red Bull, or Levi's featuring some hot new group recently signed to a major record label, there are a dozen unofficial day shows going on in the city's less-populated corners, sponsored by no one, featuring bands no one's ever heard of. And for every Louis Black editorial railing against what he calls in the documentary "punk-ass journalists" who "armchair general" the Festival the morning after and refuse to acknowledge that "media is both art and business," there are literally hundreds of online attacks by critics like Austinist Editor-in-Chief Paige Maguire, who says in Outside Industry that SXSW is nothing more than "industry people throwing parties for other industry people to be impressed by, with bands that will impress those people."

But that's the circle of life: One group steps up to create something new in defiance of what it sees as the corruption of something old, and eventually that something new becomes the old thing some even newer group sees the need to stand in defiance of. It's a tale as old as capitalism itself. Who has the influence, and how much influence do they exert? So when it comes to a movie like Outside Industry, with its intricate web of entanglements and history, there's only one question that really matters: How truly free was Berg to tell the story of SXSW and its creators?

Berg assured me he had complete editorial control from start to finish and that no promises were ever made. Swenson may have pitched the idea to him, Berg says, but the director's own production company, the Austin-based Arts+Labor, funded it, and SXSW's executives were given no authority over its final cut. "We took no money from South By," Berg says. "They never asked us to do anything. Editorial independence was the number one thing for me, and they never asked for any changes.

That's true, of course; if any of the original SXSW four had imposed any kind of editorial will on Outside Industry – that movie about the Festival that's screening at the Festival that was requested by the guy who runs the Festival – Berg's movie would have been seen by an already skeptical viewing audience as nothing more than an exercise in narcissism and self-promotion, a confirmation, for some, of their worst suspicions about SXSW and its founders.

Still, it could also be that Swenson, Black, and Barbaro simply gave up long ago pretending that SXSW – which last year brought more than 2,000 bands, tens of thousands of attendees, and $100 million to Austin – is something they can corral, tame, or even keep their hands on.

Or as Black asks Berg in Outside Industry: "You think I'm in control? You think anyone's in control?"

Outside Industry: The Story of SXSW