Anonymity: Never Gonna Give You Up 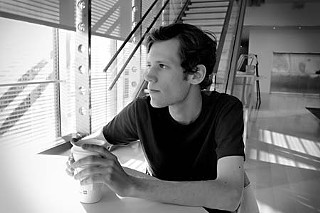 Ladies and gentlemen (and scriptkiddies and phreaks and hacktivists), I have come to praise 4chan, not to bury it. It may seem to some an anachronistic throwback to the unruly Wild West days of the Web – pre-YouTube, pre-Facebook, pre-Twitter – and, of course, it is. But increasingly – in the face of Facebook, the selling of personal online data, and other concerns of individuals' privacy – so is the First Amendment. The right to free speech without censorship (self- or otherwise), minus the current, exponentially expanding dread of seeing your long-ago online rants sifted through and replayed at some later, far more embarrassing date, is a rapidly eroding given. The right to privacy. The right to be Anonymous. The right to say what you mean – and say it mean.

"There's been a big controversy going on for years and years about how anonymous people should be able to be," says Austin-based Internet culture expert (and sometime Chronicle contributor) Jon Lebkowsky. "Is it okay to have this complete anonymity, and is this anonymity a virtue or a vice? In some cases it's one, and in some cases it's the other.

"On the other hand, you have people who see anonymity as the way to escape accountability. Traditionally, in online communities going back to the WELL [Whole Earth 'Lectronic Link], the concept of anonymity was not allowed. They always made sure the identity of every participant on the WELL was clearly established. In some systems you could be anonymous online but the system itself validated your identity through something like, say, a credit card, the point being that at some point you could be held accountable for your actions and be removed from the system if you misbehaved."

To crib from The Amazing Spider-Man (and why not? This is the anime-mad 4chan we're talking about), with great power comes great responsibility, right? Well, no, not really. Poole's initial "rules" for 4chan have long since been supplanted by "Rules of the Internet", scripted by "Anonymous." They include Rule 1: "Do not talk about /b/" ("/b/" being the "random board" on 4chan – essentially, as Poole noted in a recent TED speech, the beating heart and soul of the site); Rule 3: "We are Anonymous"; Rule 34: "If it exists, there is porn of it"; and my personal favorite, Rule 20: "Nothing is to be taken seriously."

You'd think that last one would be self-apparent in a context that, as I type this, includes an animated .gif file of a mouthless human organ with the words "Hello Kidney" written in Sanrio's instantly recognizable tweener cursive below, but no.

When the online hive mind that calls itself "Anonymous" launched a series of distributed denial-of-service attacks on PayPal, Mastercard, and Visa as a means of voicing their disgust with those companies' timidity regarding the acceptance of payments to WikiLeaks, the FBI (along with police in the UK) didn't even bother to smirk. On Thursday, Jan. 27, they executed more than 40 search warrants on people suspected of being involved with Anonymous' pro-WikiLeaks DDoS attacks, exhibiting zero comprehension of Rule 20 and even less of a sense of humor than their man at Area 51, Agent Fox Mulder (who, you'll recall, frequently utilized the services of the extremely Anonymous-esque Lone Gunmen). When life imitates art, apparently, real people get their doors kicked down in the middle of the night. And that makes 4chan, the great bastion of fakery, prankery, and anonymity, all the more relevant.

It should be noted here that Christopher Poole and his creation (based originally on a template from the Japanese anime-fan Futaba board, www.2chan.net, by the way) have no connection to the group known as Anonymous, other than the fact that presumed members, allies, and those interested in the goings-on of Anonymous frequent 4chan anonymously. (Or do they? Mwahahahaha, etc.)

The important point to bring into focus here is that 4chan is as much an ever-growing performance art piece, in real time, as it is a place for pale-skinned, manga-obsessed teenagers to wax enthusiastic about their next cosplay outing. (Let's not get started on the whole tentacular tangent that is hentai.) Total anonymity – especially in a political and cultural climate as worm-riddled with future-fear and 24/7 unease as ours is at present – is a powerful, potentially limitless can of social spray paint. Banksy may not be on 4chan these days, but I'd like to think he once was, and that Ken Kesey, Wavy Gravy, and the whole of the Merry Pranksters would surely approve.

Here's an idea: 4chan is the Burning Man of the Internet. It's the great and secret show where you can be anyone you want to be – anything you want to be – with no social blowback or Monday-morning shame. Your boss will not see you dancing naked to the KLF while on DMT atop an RV in the midst of the moonlit, moonlike playa that is the Black Rock Desert. Your mom will never find your stash of Playboys because, you know, it's online, and you're not really you – at least not the you your mom thinks she knows – when you're on 4chan. (And who reads Playboy these days, anyway?) You can vent hate speech and love speech in equal measure – if civilization has proven anything, it's that the two tend to cancel each other out eventually – or sit alone in your room, otaku-style, and lurk and lurk and lurk (which is, in its own solitary way, a form of performance art in and of itself).

Or, as Lebkowsky puts it, "With a space like 4chan, you go there to be relatively free and be able to just kick out the jams. It's kind of a mash-up of Twitter and testosterone, isn't it?"

Interestingly, the vast majority of the collective consciousness isn't even aware of 4chan's memetic impact. Your LOLcat-loving Aunt Martha would probably implode on sight were she to take a gander at /b/, and how many people watching the Macy's Thanksgiving Day Parade actually got the joke when the 4chan-loathed UK Eighties pop mediocrastar Rick Astley "Rickrolled" his way out of the Foster's Home for Imaginary Friends float? (And in case Aunt Martha is reading: Rickrolling would be the meme initiated on 4chan by which users were redirected from whatever they were searching for to Rick Astley clips – which very nearly had the horrifically unwanted consequence of creating an actual Astley comeback.)

So that's 4chan: the freedom to be you and me (or Marlo Thomas, or moot). What then, is Canvas? The second coming of 4chan, or something more? We'll let Christopher "moot" Poole, via e-mail, explain:

"[4chan and Canvas are] similar in that they're both destination communities with a focus on sharing images. We want Canvas to be the best place to share, collaborate, and play with media. We're starting with images and comments, but will be expanding it in the coming months."

Backed by some of the biggest names in venture capital – among them Andreessen Horowitz, SV Angel, Lerer Ventures, Founder Collective, and Joshua Schachter – Poole, at the ripe young age of 23**, appears poised to take on the increasingly thorny issue of Internet anonymity and identity in a whole new way (that, for now, looks an awful lot like the same old way).

Ultimately, as Poole e-mails, "Anonymous contribution allows for an arguably more authentic conversation. When people are unencumbered by identity, they share in a way that they wouldn't on a site like Facebook. This isn't the only way commenting should be done online, but it's certainly very valuable. My concern is that if we continue to move towards a state of having one or two persistent identities online, we'd lose an important way of communicating."

Here's to divesting ourselves, if only for a little while, of our daily grind identities. With 4chan, and presumably with Canvas as well, all bets are off and all masks are on – including that of Anonymous' beloved Guy Fawkes.

**Editor's note: This article has been amended since its original publication. The Chronicle reported that Christopher Poole is 22. He is in fact 23.