Do a Little 'Dance

Austinites past and present converge on Park City 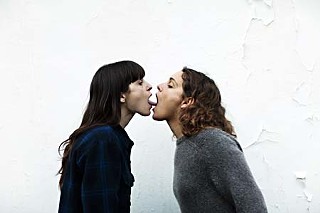 Following a particularly troublesome few years for independent films in the commercial marketplace, signs of optimism dominated at the recently concluded Sundance Film Festival. This cornerstone showcase for American independent films celebrated its 30th edition at the 11-day event, held Jan. 20-30 in Park City, Utah. Although the festival is now an international event with films from around the world vying for attention along with installations and multimedia performances in the New Frontier sidebar, as well as a host of panel discussions, music showcases, and other events designed to lure ADD viewers from the darkened auditoriums, the primary focus of the festival is the American independent film. If this year's event provides a fair snapshot of the state of the market, then the future looks bright for American indies.

The sales activity at this year's Sundance was the greatest in recent memory, if not ever. Perhaps the prices paid didn't reach some of the astronomical heights of years past, but the numbers were certainly sufficient to seal competitive deals. Moreover, announcements of deals cut came forth on a daily, if not hourly, basis – quite a difference from recent years, in which deals were more frequently finalized during the weeks and months following the close of the festival. Distributors seemed to learn the lessons of past extravagant spending, which turned out to deliver many disastrous surprises at the box office. Many observers cited the financial success of such 2010 Sundance pickups as The Kids Are All Right, Winter's Bone, and Exit Through the Gift Shop as reasons for the renewed confidence on the part of distributors. But surely it takes more than the sweet smell of success to erase the stench of the blood-red losses of recent years.

Certainly there were fewer films at the 2011 fest that came prepackaged with certifiable film stars and directors (the presence of which makes them automatically more attractive to buyers). Whether the abundance of newcomers in front of and behind the cameras reveals deliberate choices made by the festival programmers or is the arbitrary result of the pool from which they had to choose will only be demonstrated through box-office returns and future editions of the festival. Whatever the reason, the festival this year had the air of a real filmmaking celebration rather than a vaunted work-and-ski weekend for slumming celebrities. That's not to say that the festival's carnivalesque atmosphere was any more subdued than usual, especially in its opening weekend, when swag emporiums, exclusive parties, and sold-out venues were the order of the day (and night).

Several films sold in advance of the festival, and Austin resident Jeff Nichols' writing and directing project Take Shelter was fortunate to be one of them. Take Shelter stars Michael Shannon (who was also cast as the lead in Nichols' debut feature, Shotgun Stories, and can be currently seen playing a leading role in HBO's Boardwalk Empire) and Jessica Chastain (who plays the female lead in Terrence Malick's upcoming The Tree of Life). The film is a brooding drama about a dedicated family man whose foreboding sense of doom is either an accurate if solitarily held view or the result of hallucinatory psychosis. In its depiction of a generalized state of free-floating anxiety, Take Shelter brooks no competition, and its effects work is top-notch. Many filmgoers expected the film to earn competition awards in addition to its Sundance presale. Surprisingly, it came up empty on that score, but the film remained one of the most talked-about of the festival and received the top berth in indieWIRE's best-of-the-fest poll of critics and bloggers.

Local filmmakers were also represented in the short film category. David and Nathan Zellner's "Sasquatch Birth Journal 2," a parody of a life-celebrating nature documentary, and David Lowery's "Pioneer," which stars Will Oldham, both screened. Slacker, the film that has come to define Austin filmmaking, was honored in a 20th-anniversary screening, for which a new print was struck. Writer and director Richard Linklater, producer Anne Walker-McBay, and many past and present denizens of the Austin Film Society were on hand to stoke the memories and reluctantly concur, yes indeed, it has been 20 years.

No sooner had I landed in Salt Lake City than I was made aware of the extensive network of Austinites past and present attending the Sundance Film Festival. Upon entering the shuttle bus that took me from the airport to Park City, I was greeted by former Austin resident and University of Texas film instructor Athina Rachel Tsangari, whose ATTENBERG was playing at the festival. The film is a Greek coming-of-age story that follows a young woman who matures as a result of her fraught sexual experiences and the impending death of her father. While at Sundance, Tsangari was informed that the film Dogtooth, on which she served as a producer, was nominated for a Best Foreign Language Film Oscar. Another former Austinite, George Ratliff (Plutonium Circus), returned to Sundance with his new film, Salvation Boulevard, a comedy that spoofs megachurch values. With a cast that features Pierce Brosnan, Jennifer Connelly, Greg Kinnear, and Marisa Tomei, Salvation Boulevard was one of the festival's more high-profile pictures and one of the many to be picked up for distribution before the end of the festival. The film also fit into an interesting subset of movies shown over the course of the week that addressed religion and spirituality.

There were also those Austinites who hobbled into Sundance on crutches. Austin Film Society Director of Artist Services Bryan Poyser (whose feature film Lovers of Hate premiered in 2010 at Sundance) drove to Park City and broke his ankle in two places while on a sightseeing stop in St. George, Utah. The surgery and crutches certainly cramped his style but did not keep him down. That's the nature of this festival: There's so much to soak in while it's happening that the exhaustion and pain from any injuries incurred on the ice are generally only felt when back on level ground. The rest is all stratospheric.