Capcom's MaXplosion hit the iTunes App Store on Jan. 6, but it wasn't until the following Tuesday that people started remarking on the similarities between that game and 2009 Xbox Live release 'Splosion Man, from Austin indie developer Twisted Pixel (see "Games People Play," Feb. 19, 2010). But once the cat was out of the bag, it started crapping all over Capcom – developer of such classics as Mega Man – via blogs and Twitter.

Both games feature a playable character that jumps and destroys scientists, robots, and the laboratory setting by exploding. Additionally, both games have a three-explosion limit to add challenge to the gameplay. The main difference is the pared-down look of MaXplosion, likely due to the transfer to the less-powerful processor of the iPhone. More damning is the fact that Twisted Pixel pitched 'Splosion Man to Capcom and was turned down. 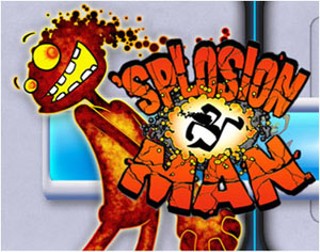 The laws around such copycatting are difficult to interpret, but an argument could be made that Capcom's game infringes on the "look and feel" (to use software copyright law lingo) of 'Splosion Man. Still, Twisted Pixel CEO Mike Wilford says he will not be pursuing legal action, stating: "We know something like that would be too distracting and very expensive for a small company like ours. We don't know how that stuff works, and we'd like to keep it that way."

Capcom gave a statement to gaming-news blog Joystiq, writing that it was "saddened" by the situation. It did not, however, remove the game from the App Store, saying that while it did meet with the Twisted Pixel crew about 'Splosion Man, the mobile division of Capcom had no knowledge of the meeting.

Mimicking a video game's style of play while changing enough of the names and art to avoid copyright infringement is common in the gaming world. The practice, called cloning, has been in the headlines before with the Scrabble vs. Scrabulous lawsuit in 2008 that ended with Facebook removing the popular imitation from its site. Cloning was even more common during the Eighties arcade heyday when there were no laws to protect developers. Massively popular old-school titles such as Galaga (a thinly veiled copy of Space Invaders) were often straight-up clones of the original.

Ironically enough, Capcom was on the forefront of video-game clone lawsuits when, in 1994, the company filed a complaint against publisher Data East for cloning its smash hit Street Fighter II. The imitator, called Fighter's History, was found to have not infringed on copyright thanks to the highfalutin-sounding scènes à faire defense. Put simply, Data East proved that its game was merely including aspects common to the fighting-game genre and not exclusive to Street Fighter II. Unless games with characters made out of explosions is a genre, I don't think Capcom can use that defense here.

Twisted Pixel could shake its fist at the larger company using its substantial size and resources to keep the little guy at bay, but the indie developer says it has more important things to do than dwell on the injustice of it all. According to Wilford, "We'll just keep making games so that Capcom can find new things to be 'inspired' by." 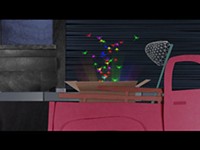 In Play
Twisted Pixel's 'Splosion Man passes the torch in attention-deficit anarchy to the Ms.