1) A Prophet This French drama ranks among the best crime films ever made for its study of criminal subcultures, the social stratification of prisons, and the self-perpetuating cycle of sociopathic activity.

2) The Fighter Mark Wahlberg effectively rope-a-dopes it while encircled by a brilliant ensemble of actors in a story that's not really about boxing but about taking and deflecting life's blows.

3) Black Swan Yes, this one dabbles in some clichés about nutty ballerinas and even nuttier moms, but Aronofsky's vision is so specific, gorgeous, and psychologically cohesive that it is completely en pointe. 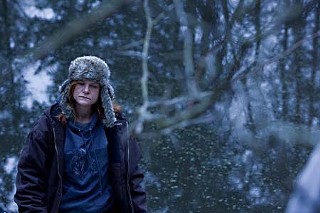 4) Winter's Bone I can't shake off my disquieting memories of the fiercely independent Dolly clan with their particular brand of hard-hearted mercy and squirrel-stew diet.

5) The Social Network The movie captures the quicksilver of our times in polished perfection, although its cherchez la femme framework is a bit of an oversimplification.

6) Exit Through the Gift Shop In turning to cinema's fourth wall as a new billboard for his guerrilla art, the mysterious artist Banksy raised more questions than he answered. Way to go, Banksy.

7) Fish Tank Andrea Arnold's Cannes prizewinner is an uncommon portrait of a girl negotiating impending womanhood, and its unusual filming methods keep the terrific actors and audience on tenterhooks.

8) The Kids Are All Right My feel-good movie of 2010 shows that certain things about family life are universal while still remaining deliciously specific.

10) Let Me In OK, so it's a remake of a Swedish vampire film, but the film's hauntingly beautiful portrayal of teenage sexual longing sunk its teeth into me big-time. 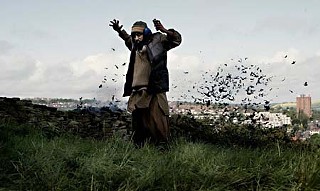 Let Me In, Winnebago Man, Restrepo

To Save a Life. This well-meaning but ineptly made Christian message movie calls on the power of Jesus Christ to prevent teen suicide. 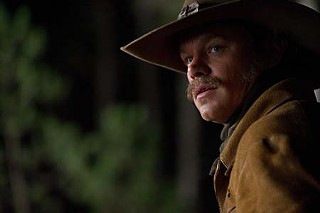 Black Swan, A Prophet, The Fighter, Winter's Bone, The Social Network, Exit Through the Gift Shop, Fish Tank, The Kids Are All Right, Inside Job, Let Me In, The King's Speech, Monsters, Restrepo, Down Terrace, Get Low, Everyone Else, Red Riding trilogy, Toy Story 3, It's Kind of a Funny Story, The Exploding Girl