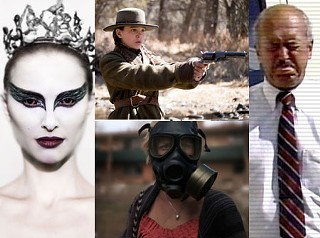 The Austin Film Critics Association announced its top picks of the year yesterday, with Darren Aronofsky's psychosexual drama Black Swan taking Best Film and an additional four prizes, including a Best Actress win for Natalie Portman. The actress has swept virtually every critics' group awards out there for her turn as a deranged prima ballerina; indeed, her AFCA Best Actress decision was one of only two categories that didn't require a second ballot (Aaron Sorkin's win for Best Adapted Screenplay was the other early lock). The organization also singled out the locally filmed TV show Friday Night Lights for a special award honoring its five years of awesomely good, criminally underrated drama (well, in so many words).

The AFCA, a 20-member group culled from Central Texas TV, print, and online organizations, also renamed one of its categories the Robert R. McCurdy Honorary Breakthrough Artist Award in honor of founding member Bobby McCurdy, who died suddenly last week. His family and friends will establish a scholarship in his name that will sponsor high school seniors taking educational trips to Europe before college; see www.austinfilmcritics.org in coming weeks for details.

Special Honorary Award: Friday Night Lights, for producing excellent, locally made television in Austin for the past five years

10) Scott Pilgrim vs. the World 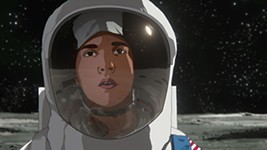 Austin Critics Announce the Five Best Austin Films of 2022
Linklater and mountain lions, the pandemic, the legacy of slavery, and the fight for abortion rights all part of this year’s AFCA Austin Film Award short list